Find out more about the National Moment of Reflection taking place to mourn the passing of Her Majesty Queen Elizabeth II. 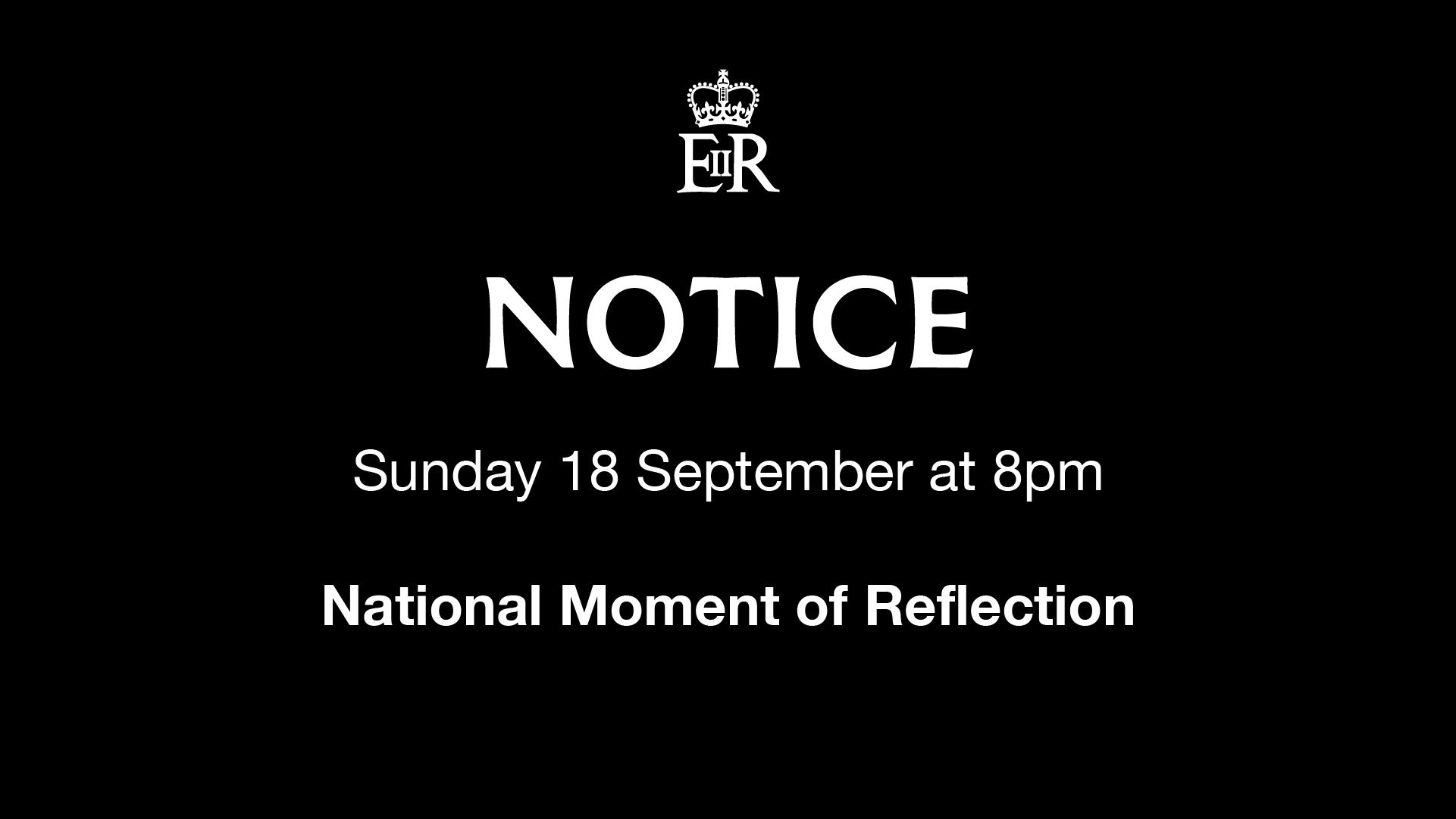 A National Moment of Reflection will take place at 8pm on Sunday 18 September to mourn the passing of Her Majesty Queen Elizabeth II and reflect on her life and legacy.

The National Moment of reflection will take place before the State Funeral and be marked by a one-minute silence.

Torbay residents, community groups, clubs and organisations are encouraged to take part in a way that feels right for them. This could mean marking it privately at home, with friends and family, or out on the street with neighbours.

If you are planning to hold an event in your community the following wording can be used to help you mark the occasion.

By 7.55pm members of the community will gather at [location].

At 7.58pm the convenor of the event will say:

Thank you all for gathering here this evening for this brief vigil on the eve of the funeral of Her Majesty Queen Elizabeth II.

In a few moments we will join with people across the United Kingdom in a Moment of Silent Reflection.  The start and end of the Minute here will be marked by a whistle.  During the Minute we will have an opportunity, in silence, to reflect on the lifetime of service which Her Majesty devoted to the United Kingdom, the Realms and Territories and to the Commonwealth.

The Queen was sure in her faith and steadfast in her duty, bringing constancy through 70 years of change.  We will remember Her Majesty with affection and gratitude and silently give thanks in our hearts for her unswerving devotion to us and to our Country.

Ladies and gentlemen, it is now approaching 8pm

At 8pm a whistle sounds

Silence will be kept

At 8.01pm the whistle marks the end of the Silence

The vigil concludes with all present saying:

God Save The King

and the singing of the National Anthem

Further information on national events and arrangements can be found on GOV.UK.