Celebrate Armed Forces Day on Saturday 26 June by paying tribute to our British Armed Forces community for their hard work, dedication and their efforts in keeping us safe, both in the UK and across the world.

Armed Forces Day takes place on the last Saturday of June each year and it’s a chance for you to show your support and recognise the men and women who make up the Armed Forces community: from currently serving troops to service families, veterans and cadets.

During the unprecedented events of the past year, the Armed Forces have been devoted in their support of the NHS and local authorities, in the battle against the COVID-19 pandemic.

From helping to build vaccine sites, to supporting community testing and providing clinical support to the NHS, the Armed Forces are working tirelessly across the UK in the national effort to beat the virus.

Sadly, due to COVID-19, events that are usually planned locally to celebrate Armed Forces Day have been cancelled for the second year in a row, but there are many ways you can still join in and show your support.

The Official Armed Forces Day website gives ideas on how you can show your support from home, with activities like #SaluteOurForces, flying your own Armed Forces Day flag, or by exploring the history of our Armed Forces and taking part in digital tours and revel in real-life training.

Councillor Nicole Amil, Armed Forces Member Champion for Torbay Council, said: “Whilst it is disappointing that for the second year in a row our local Armed Forces cannot hold a physical event, it is important that we still show our support for them and their families. Armed Forces Day provides a much-valued morale boost for the people working around the world promoting peace, delivering aid, tackling drug smugglers, providing security and fighting terrorism. Let’s also not forget the support they have given over the past year to our wonderful NHS as they battled against COVID-19. I’d like to take this opportunity to say, ‘thank you’ to our Armed Forces and I encourage as many people as possible to show their support. 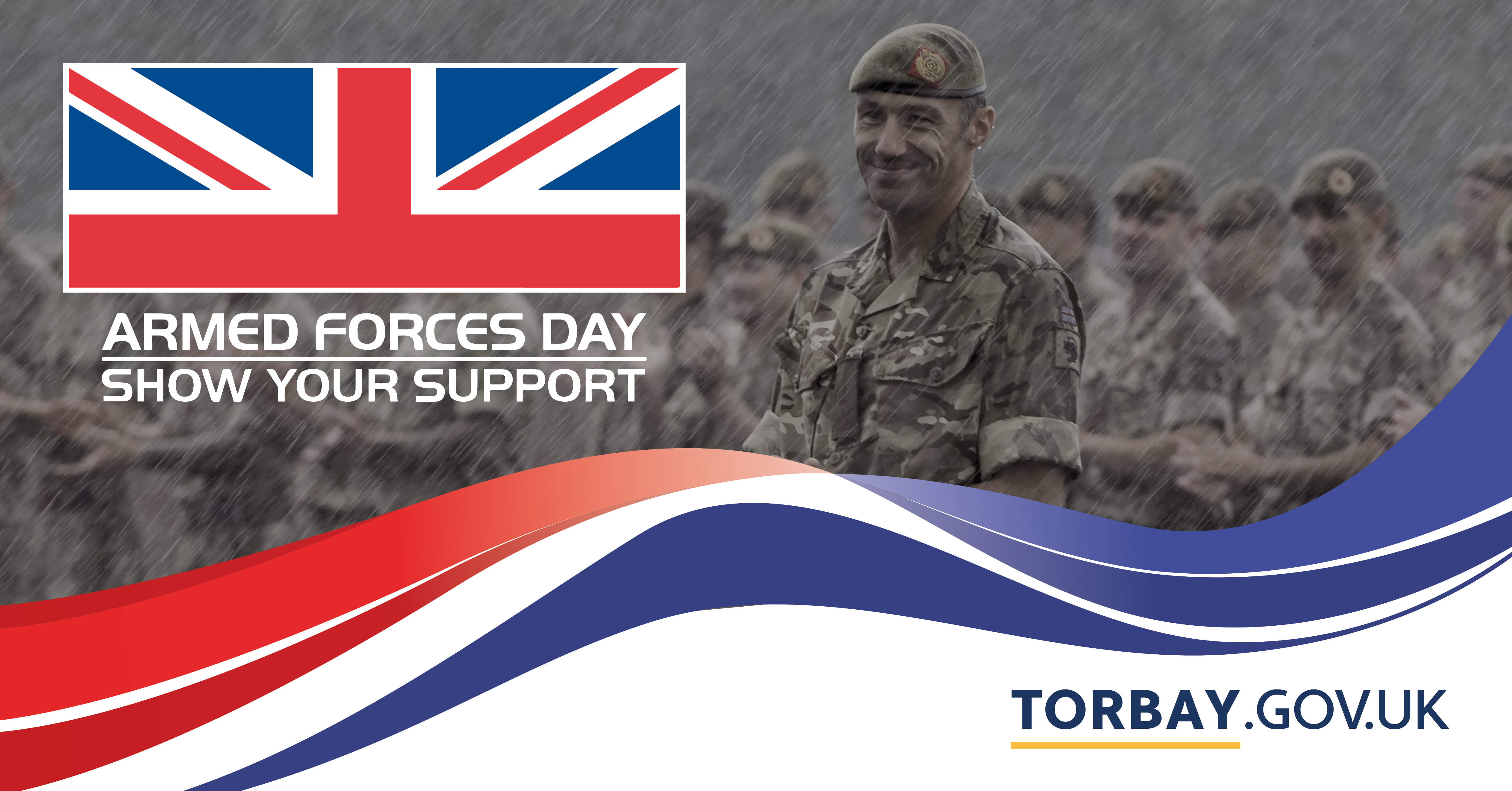