Torbay Council welcomes the news that the Government will be awarding £7.8m for a new railway station in the Torquay Gateway.

The brand new station which would be known as Edginswell, will have a wide range of local benefits including creating travel, employment and housing opportunities in Torbay’s largest and most strategically important urban extension which will deliver over 550 new homes, 37,000sqm of commercial space and a new school.

Torbay Council submitted a bid to Network Rail and the Department of Transport back in June as part of the national New Stations Fund.

The bid set out proposals for £7.8m of funding against a total estimated cost of almost £13.1m, the remaining of which will be from Council resources and an allocation will be included within the Torquay Town Deal funding bid.

Councillor Swithin Long, Cabinet Member for Housing, Regeneration and Tourism, Torbay Council, said “This is fantastic news for Torquay and the South West. The Benefit Cost Ratio for the new station predicts that for every £1 invested, there is almost £7 of benefit to the economy. This project benefits from the support of key stakeholders, including our local MPs and the Torquay Town deal Board.”

Councillor Mike Morey, Cabinet Member for Infrastructure, Environment and Culture, Torbay Council, said “Back in June 2019 the Council declared a Climate Emergency and we are working with partners across Devon to collectively address this. One of Torbay’s highest emission sectors is from road transport, it is important that we keep investing in developing a low-carbon sustainable transport system that includes, rail, bus and active travel methods such as cycling to increase accessibility and reduce congestion.

“It is particularly important that we continue to invest in public transport – unfortunately during the current COVID situation people are understandably using private cars more and public transport less, but with the light at the end of the tunnel in sight in the form of a vaccine, we need to get back on track with encouraging people to use greener methods of transport where possible.”

The new station is aligned with local and national objectives, by improving the quality of alternatives to the private car, by making better use of existing transport assets, and by supporting economic growth. The project benefits from the support of key stakeholders within the rail industry, as a result of its alignment with industry objectives and the attraction of additional rail passengers.

It is anticipated the construction period will start in Spring 2022, with completion in Winter 2023/24.

The station would be owned by Network Rail and operated by the Train Operating Company, currently Great Western Railway. 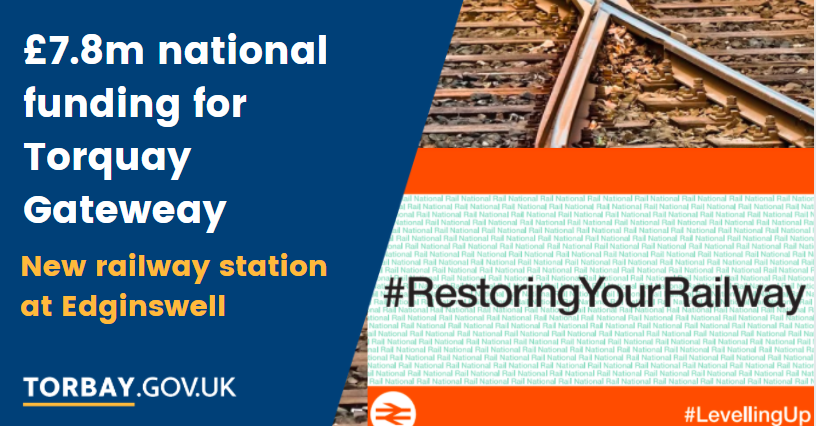