A total of £1.9m is planned to be invested in Torbay’s toilets with Cabinet proposing an extra £600,000 over the next financial year, as newly refurbished public toilets on Brixham Harbour open.

Our three year £1.1m investment project has now reached its halfway point with the latest improvements taking place in Brixham, Paignton and Preston, and the recently opened Goodrington beach public toilets by the Quaywest waterpark, which also received £200,000 in Section 106 money from the Premier Inn development. Along with the extra £600,000 proposed by the Cabinet, this would bring the total investment to £1.9m, with planned investment at Goodrington South, Meadfoot, Broadsands, Goodrington North, Abbey Park, Babbacombe Downs and Preston Bus Shelter.

We will also work to find a delivery partner for the facilities at Corbyn Head over the next year.

The toilets in Torbay are managed by Healthmatic on our behalf, and recently six of the bay’s public toilets won platinum awards in the national Loo of the Year Awards.

Councillor Mike Morey, Cabinet Member for Infrastructure, Environment and Culture for Torbay Council, said: “It’s great to see all these improvements to public toilets in Torbay as part of our ongoing, three year, £1.1m upgrade of our facilities continues.

“This is the largest investment in public toilets in the public sector by a local authority in the South of England.”

Refurbishment started in December 2019 on the Harbourside toilets in Brixham with works completed on schedule to open the new toilet block in February. Access to the toilets has been made more customer friendly, with an enlarged entrance and exit and it has also been redecorated to be lighter and brighter. They will also be more environmentally friendly.

At the Parkside toilets, a new modular toilet block is being built at Healthmatic’s factory. Contractors have also started clearing and preparing the ground for the new foundation and access ramps next to the original toilet block ready for delivery of the new toilet and opening just before Easter.

At Preston the new Beach hut style modular toilet block identified in the 2019 plan, is being built at Healthmatic’s factory and contractors will soon be preparing the ground for the new foundation and access ramp this will be operational just before Easter.

The contract with Healthmatic started on 1 May 2018 and will last for 15 years with a possible extension for a further 5 years.

Martin Fearon from Healthmatic said: “We’re really excited about all these improvements that are taking place. We are extremely proud that the combination of capital investment by the Council and the dedication shown by our staff has resulted in a significantly better experience for Torbay residents and visitors alike.”

Every day on average, Healthmatic vans are driven 64 miles, while 150 jumbo toilet rolls are ordered for use at our public toilets every week. In addition around 20 litres of lemon impact gel are used every week. 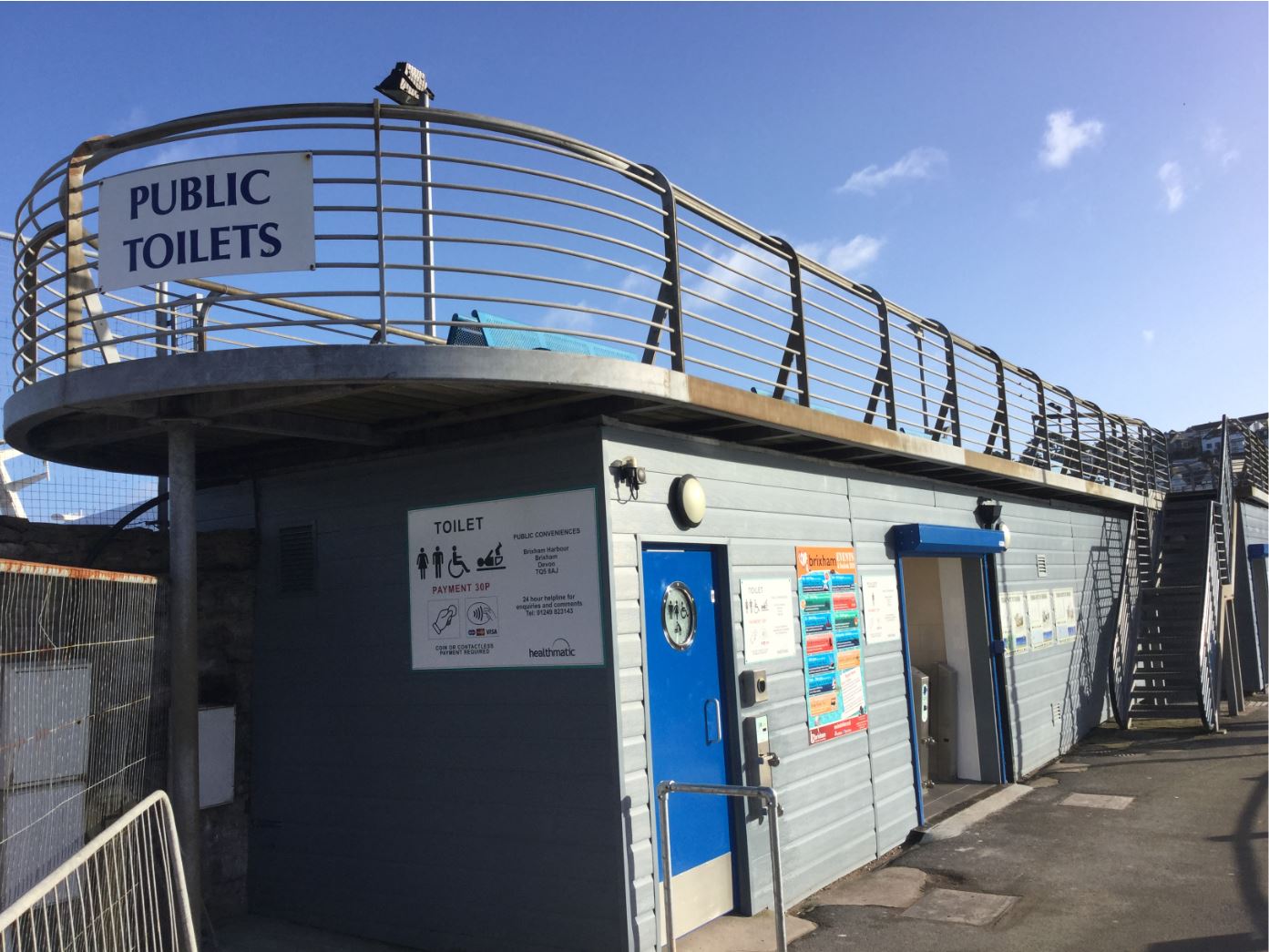 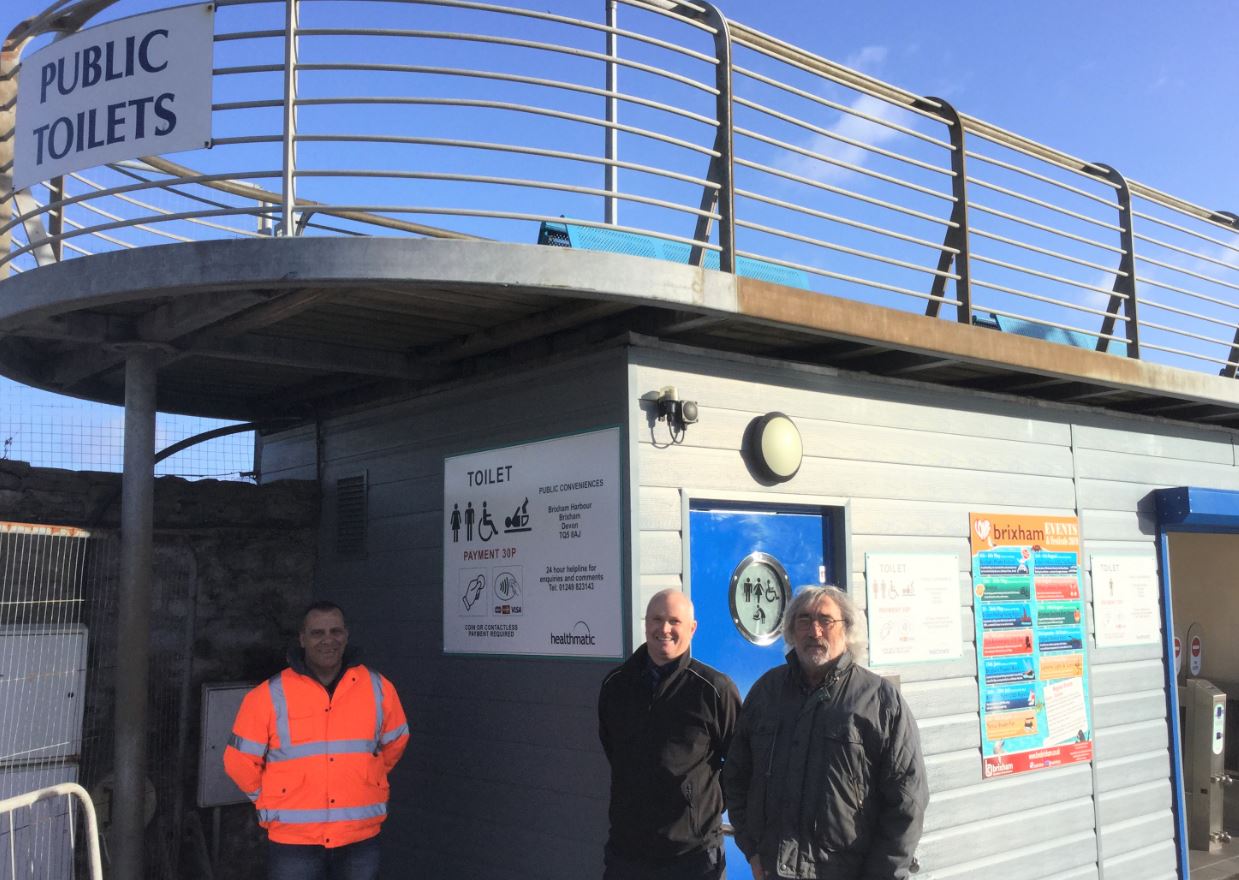 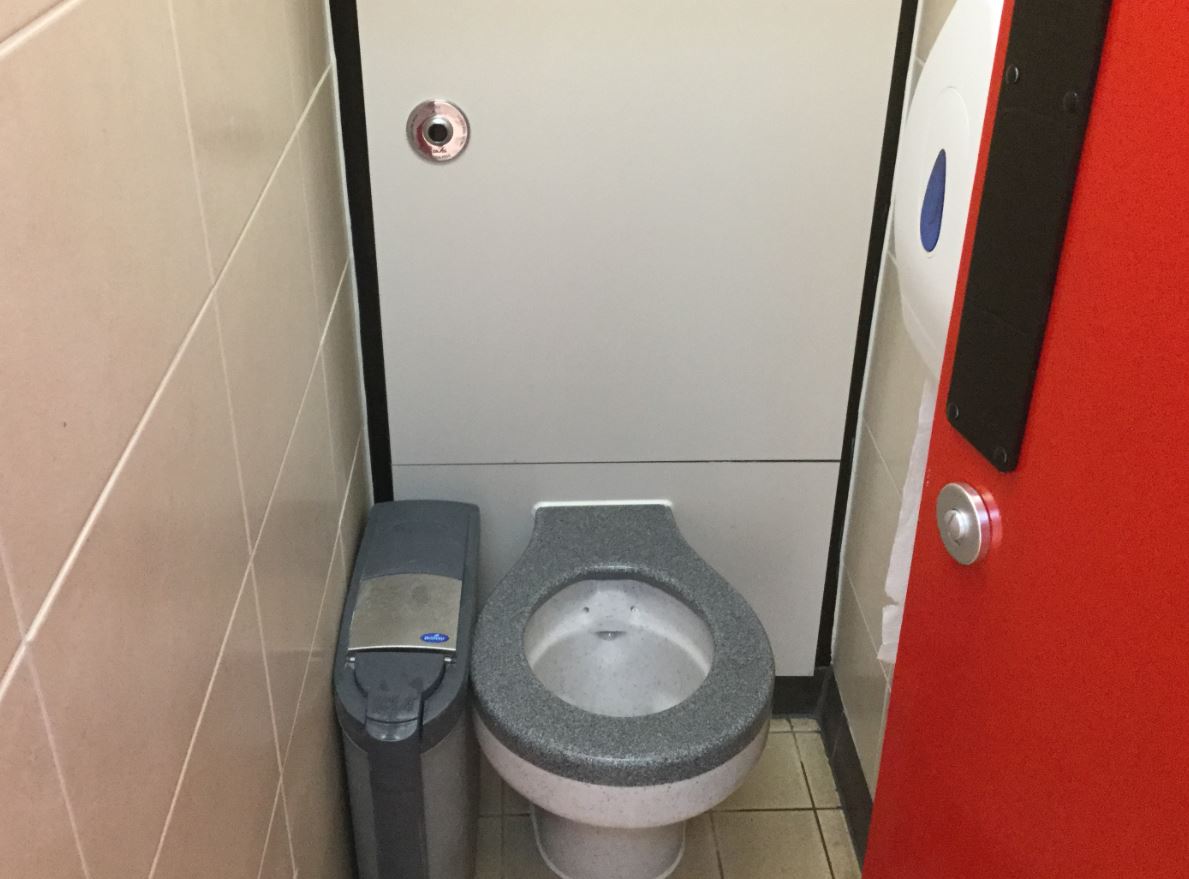 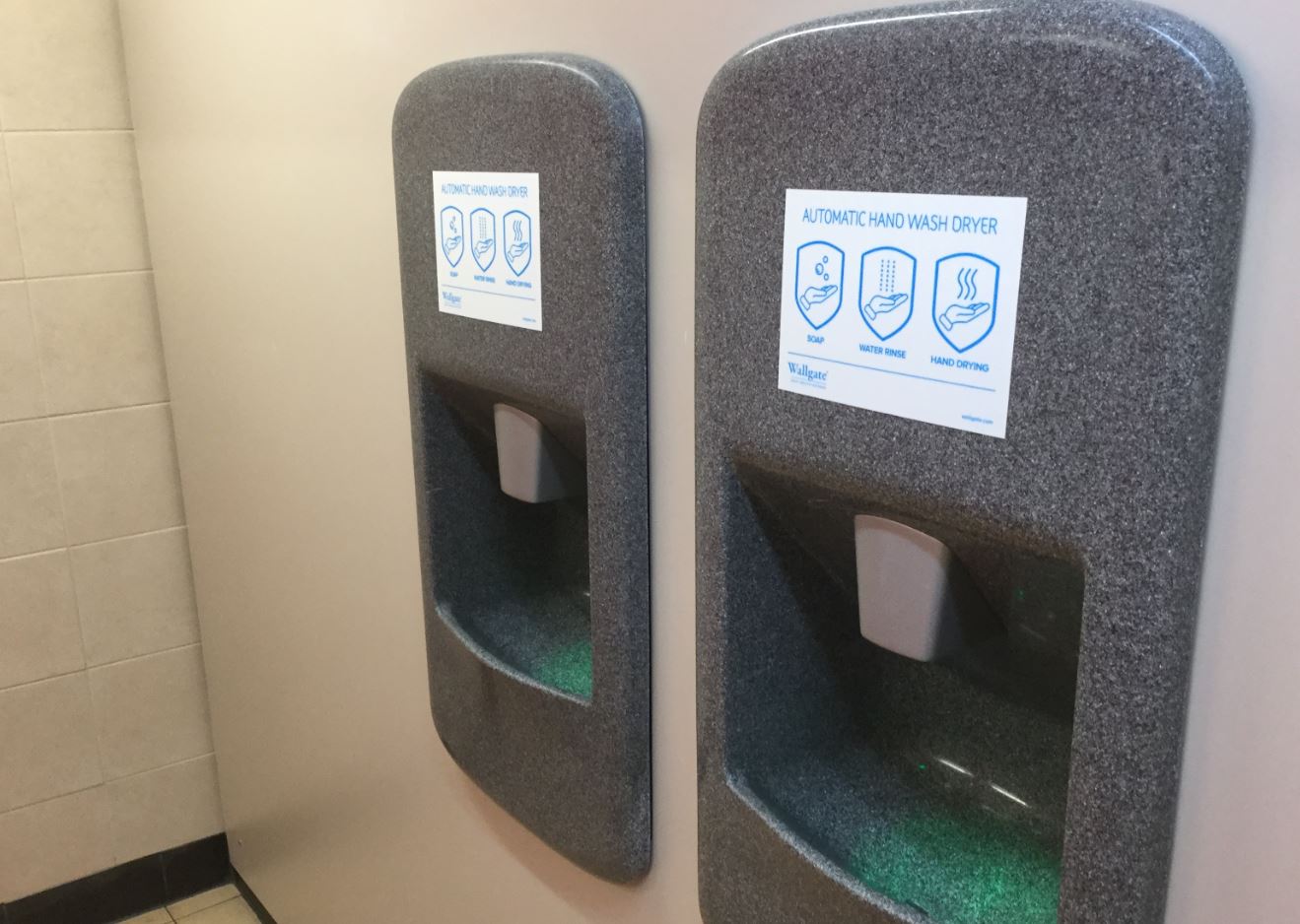 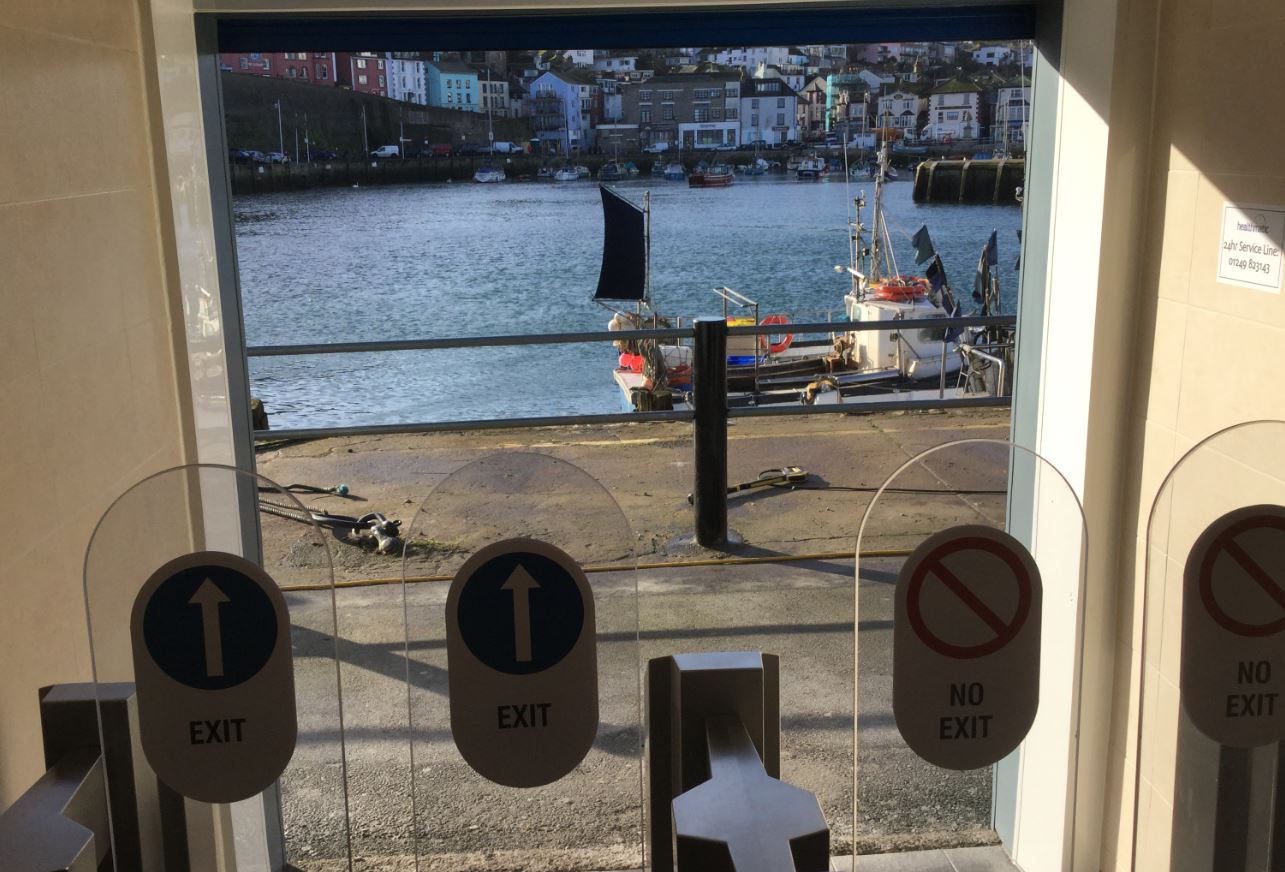 You can watch a video looking at a typical day’s work with some of the Healthmatic staff.