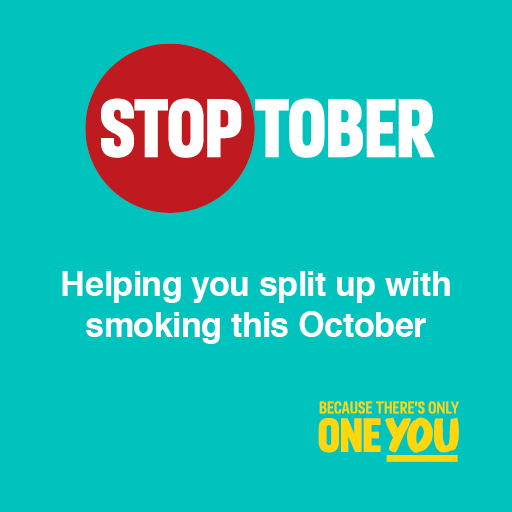 Latest figures from the University College London’s Smoking Toolkit Study suggest that smoking rates in England are dropping at the fastest rate in over a decade, with around 200 fewer smokers every hour.

Public Health England is encouraging all smokers to join in with the nation’s biggest quit attempt beginning on 1 October by providing them with the support and information they need to “split up” with smoking this Stoptober.

Yvonne Doyle, Director for Health Protection and Medical Director at Public Health England, said: “It’s really encouraging to see these early signs of such a fast drop in smokers but we’ve still got a way to go to achieve our ambition of a smokefree society. That’s why Stoptober is back and we are encouraging all smokers to take part. Giving up smoking is the best thing a smoker can do for their health and it can also help save money - in just 28 days smokers will start to notice so many benefits.”

The campaign will target all smokers highlighting the benefits of “breaking up”, urging them to re-evaluate their bad relationship with smoking.  The campaign will feature digital, radio and advertisements throughout the campaign period to help keep smokers motivated during their quit attempt.

Stoptober has supported over 1.9 million people on their quit journey to date – if a smoker can make it to 28 days smokefree, they are five times more likely to quit for good.

Research shows that while many smokers want to quit, they face common barriers including putting it off and a fear of failure. Smokers can get expert face-to-face support from local stop smoking services, and those who do are three times as likely to quit successfully as those who try to quit using willpower alone. GPs and pharmacists can also give advice and tips to help smokers quit, including what stop smoking aids might be right for them. Support from family and friends is also an important factor in quitting smoking, and these networks are encouraged to support a smoker as they split up with smoking.

Director of Public Health, Caroline Dimond, said: “Thanks to tough action on tobacco, smoking rates are falling faster than in years – presenting us with the real opportunity for a smoke-free society by 2030. Despite this, smoking persists and unfortunately remains the single biggest preventable cause of premature death.”

TV presenter, Nadia Sawalha who is supporting Stoptober said: “I always knew smoking was bad for me, but I was addicted. I loved cigarettes and for years I used to joke that giving up smoking was like giving up a bad boy lover. You think you’re having the best of times, but the truth is deep down you know they’re no good for you. After several attempts I did succeed and ended my relationship with smoking and I’m so pleased I did, the feeling of being smokefree and no longer feeling guilty about smoking is amazing, and I couldn’t have done it without the support of my family and friends who helped me resist the urge to turn back to cigarettes if I was stressed or upset. I’d encourage anyone thinking about quitting to give Stoptober a go and see if they can split up with smoking for 28 days.”