Staying safe in hot weather. Find out how to protect yourself and others in the summer months. 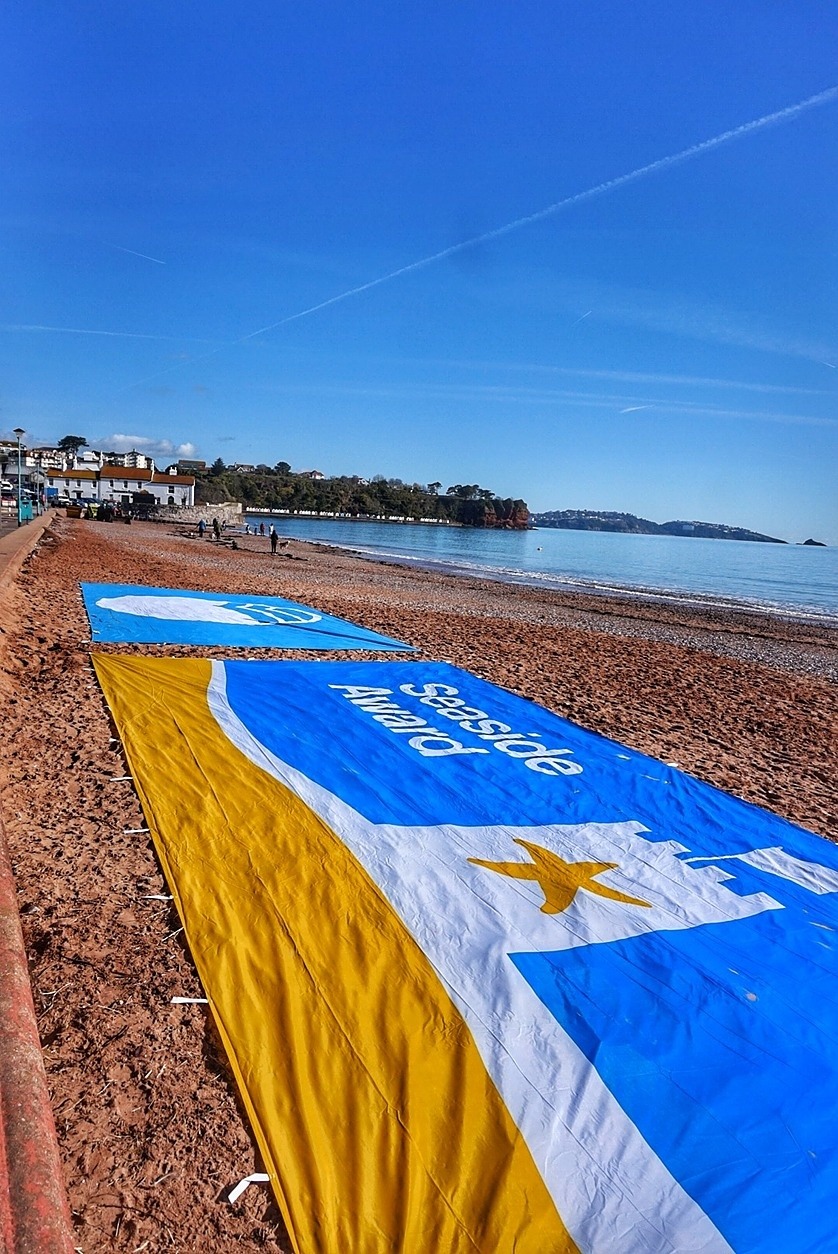 Today Torbay have been awarded the prestigious Blue Flag Awards for six of its beaches.

Up from the three last year, Oddicombe, Meadfoot, Abbey Sands, Preston, Broadsands and Breakwater will all be flying the internationally recognised Blue Flag this year.

These six have also been awarded the Seaside Award along with Maidencombe, Anstey’s Cove, Paignton and Goodrington South.

Oddicombe Beach has now held a Blue Flag for 32 years, since the inception of the awards, which was in 1987.

Across Britain 71 beaches have been awarded the Blue Flag, an impressive 32 of these are in the South West.

The Seaside Award is Keep Britain Tidy’s own award. It recognises and rewards beaches in England that achieve the highest standards of beach management and, in the case of bathing beaches, meet the required mandatory standards for water quality.

Simon Wallace, Torbay Council’s Operations Manager for Beaches and Coastline, said: “To find out that we can now increase our Blue Flag recognised beaches by three to six is excellent news for our residents and visitors. The international Blue Flag and the UK Seaside Awards are the quality marks for our beaches and mean those visiting them can be sure that

they are clean, safe and meet the highest environmental standards, as well as the tough international bathing water quality standards.

“Alongside this, Blue Flag beaches have to run a minimum of five educational activities for the local community and visitors to make people aware of the importance of looking after the natural environment. And without our work and support from our mini resorts, Paignton Zoo and Living Coasts we would not have achieved this part of the award.”

Keep Britain Tidy’s Chief Executive Allison Ogden-Newton said:  “The success of the 156 beaches in reaching the very high standards demanded by both awards is a testament to all those who have worked so hard to protect and improve our beaches – from beach managers and volunteers to local people and businesses.

“When you enjoy a trip to a beach flying an international Blue Flag or Seaside Award, you know you are on one of the safest, cleanest and very best in the country.”

Beaches awarded with coveted Blue Flags have water quality which exceeds these standards. To be awarded a Blue Flag - an internationally recognised award - beaches must comply with a number of criteria covering environmental education and information, water quality, environmental management, safety and services.