White Ribbon Ambassadors are driving awareness of the campaign message throughout Torbay in a bid to promote respectful relationships and eliminate men’s violence towards women and girls within sporting environments.

To get the ball rolling, Locked & Loaded were proud to support the White Ribbon campaign at a boxing event they promoted earlier this month at the Acorn Centre Torquay.

White Ribbon Day, which coincides with International Day for the Elimination of Violence Against Women and girls on 25 November 2018, is a male-led campaign that aims to proactively engage men and boys from all walks of life in ending violence against women and girls. White Ribbon focuses on the positive roles that men can play to create a culture where violence, and attitudes that support the use of violence, are increasingly unacceptable.

Councillor Robert Excell, Executive Lead for Community Services, who is also a White Ribbon Ambassador said “It’s up to men to take a stand. By remaining silent we can be seen to be complicit. Men and boys who care about the issue need to help other men to see that violence towards women and girls is unacceptable. The most effective way we can do that is in what we say and do.”

"I am delighted to support the White Ribbon campaign. We have a close relationship with our boxers and fans and we hope to build on this and give people in need as much help as possible”.

If you have suffered from domestic abuse or sexual violence or would like to find out more about the White Ribbon Campaign and how to get involved you can visit www.areyouok.co.uk.

For more details on how to apply to become a male ambassador or female champion please visit www.whiteribbon.org.uk. 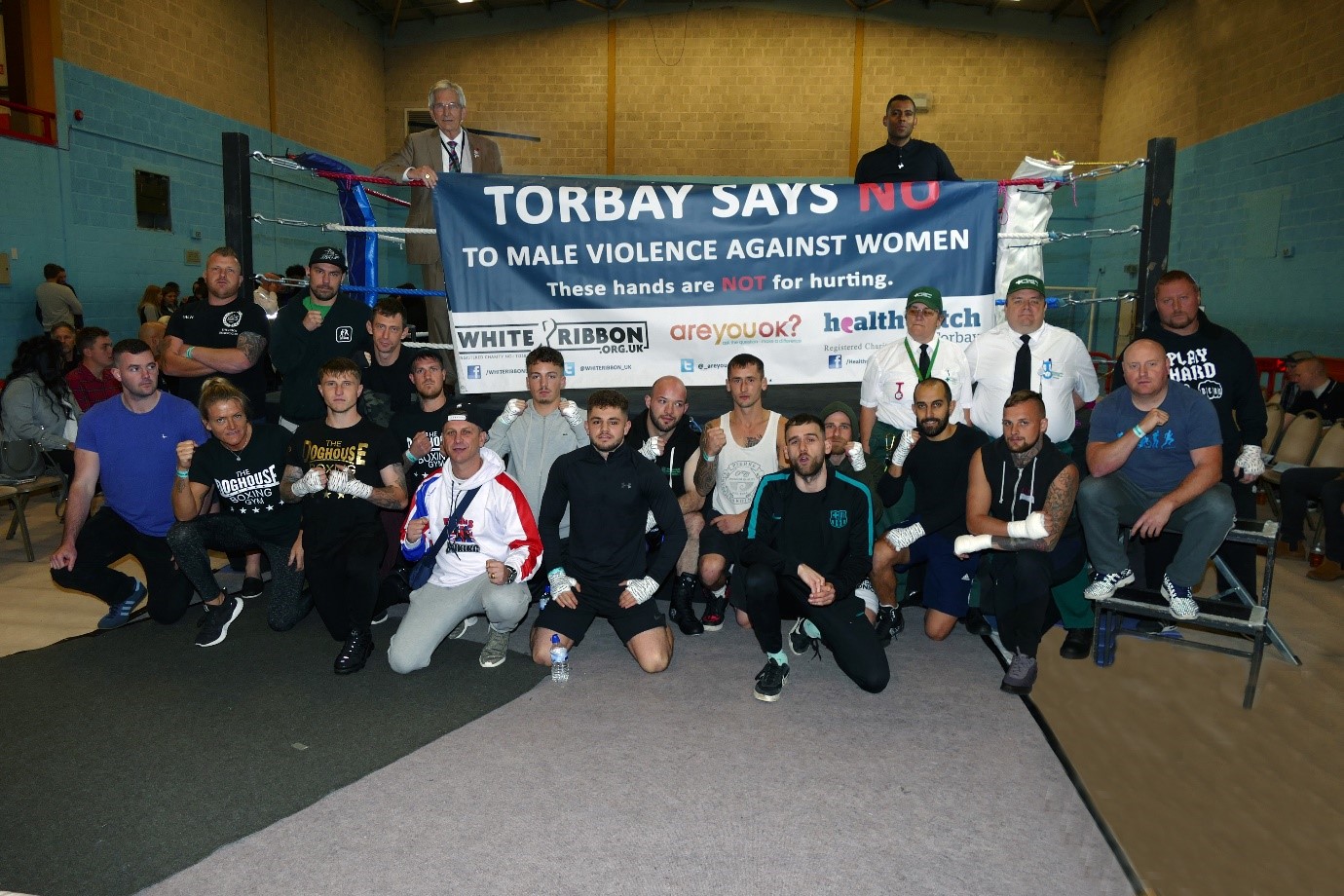