Torquay United Football Club have taken a stand to raise awareness of male violence against women and girls by promoting positive masculinity within the local community.

The White Ribbon campaign, which is a male-led global initiative, aims to proactively engage males from all walks of life to stand up and challenge violence against women and girls.

The 25 November is the international day that celebrates the White Ribbon campaign and it also marks the start of 16 days of action against domestic and sexual violence, ending on the 10 December.

Police crime statistics between April 2017 and March 2018 identifies that there were 3,268 domestic abuse incidents in Torbay. Since April 2016, over 75% of sexual offences in Torbay have been classified as serious sexual offences with victims being overwhelmingly female.

The White Ribbon campaign acknowledges that whilst men are also subject to violence in many different forms, it is women who are disproportionately and considerably more likely to experience repeated and severe forms of abuse.

We are leading the way in raising awareness of violence against women and girls by becoming the first organisation in the South West to receive White Ribbon accreditation. The campaign recruits all year round and currently has nine male ambassadors and six female champions from various local organisations.

Councillor Julien Parrott, Executive Lead for Adults, Torbay Council, said: “The White Ribbon campaign is just part of our work to tackle the appalling effects of Domestic Abuse and Sexual Violence on the lives of women and girls. The enthusiasm and support we are receiving from Torquay United, and the players in particular, is hugely important in spreading the word that any male violence toward women and girls is totally unacceptable. We should all be very proud of their stand.”

Channelling the power of football into positive causes, Torquay United’s involvement will provide positive role models to men and young boys within the football community, encouraging healthy and non-abusive relationships.

This year, the Torbay White Ribbon campaign will be arranging local events to encourage men and boys from all walks of life and ages to make a stand. Below are some of the events that will be taking place this year:

If you have suffered from domestic abuse or sexual violence or would like to find out more about the White Ribbon Campaign and how to get involved you can visit www.areyouok.co.uk.

For more details on how to apply to become a male ambassador or female champion please visit www.whiteribbon.org.uk. 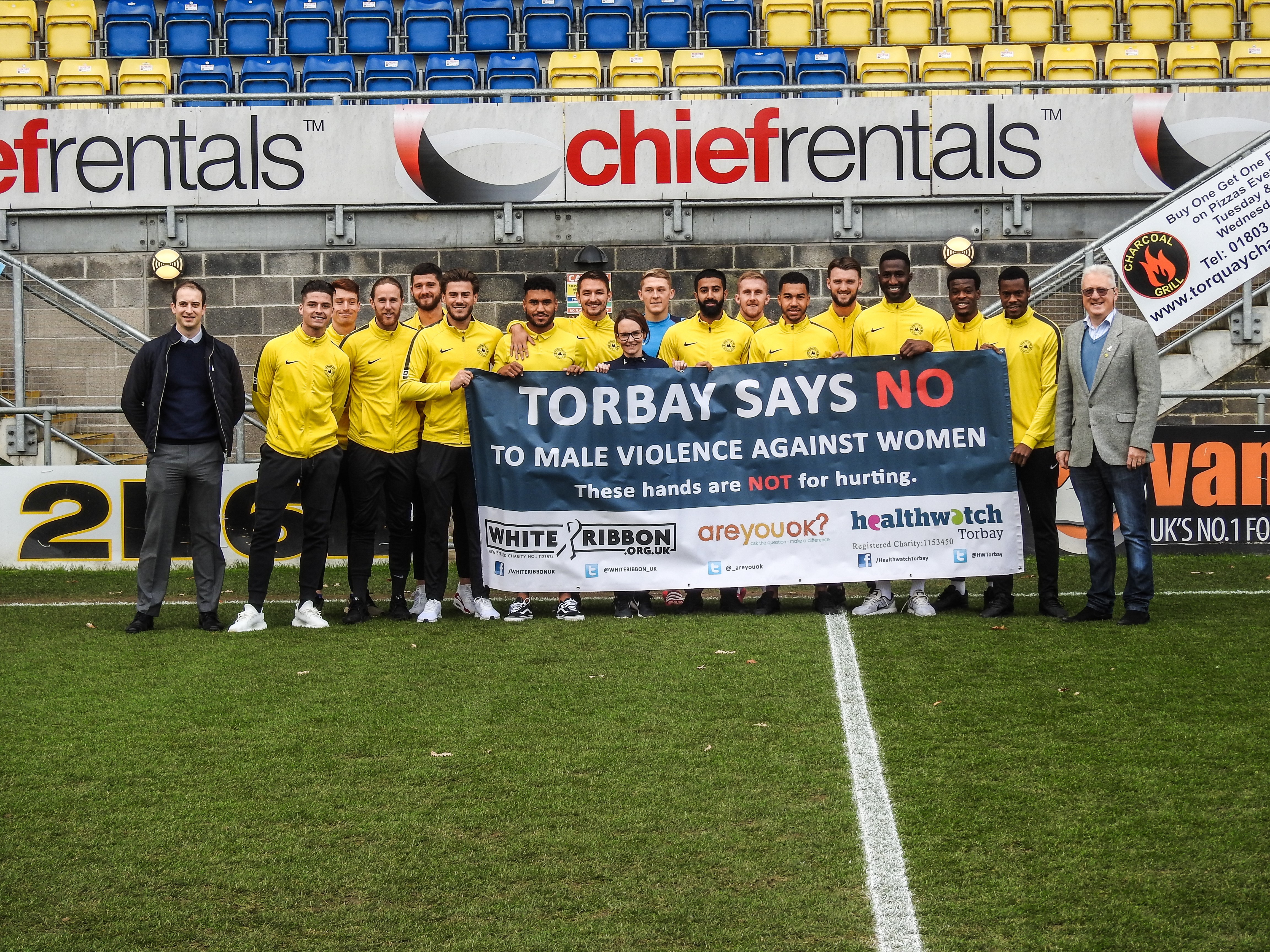