Parking suspension will be in place from Castle Circus, Union Street and Torbay Road and from Abbey Sands to Princess Gardens between 1000 and 3pm. The Town Hall Car Park will be closed 7am between 5pm.

Between 1235 and 1250 there will be a total closure of Lymington Road, to allow the parade to assemble and safely move to the front of the Town hall. Therefore traffic will build-up and will take a while to clear after reopening.

After 12:50pm, traffic along Lymington Road and Castle Circus will be diverted up St Marychurch Road.

We recommend drivers avoid the area during this time or allow extra time for their journeys.

There will be a ceremonial service at 1pm outside Torquay Town Hall, which will give, by tradition, the service personnel from RAF Brize Norton the right and honour to march through the Borough bearing arms.

A parade, led by the Band of the RAF Regiment, through Torquay Town Centre to Torquay Seafront will commence at 1:40pm and will fall-out on the promenade at 2:15pm.

The parade route will start from the Town Hall, go down Union Street and Fleet Walk turning left and then will go around the Clocktower and on to the seafront promenade to the right of the Princess Theatre. There will also be a RAF Flypast taking place at 1pm.

The Station is home to the RAF's Strategic and Tactical Air Transport (AT) and Air-to-Air Refuelling (AAR) forces, as well as host to many lodger and reserve units.

“The granting of this Honorary Freedom is to acknowledge the connections Torbay has had with the RAF dating back to the First World War, when it was founded by merging the Royal Flying Corps and the Royal Naval Air Service.

“It is a great privilege to be able to undertake this event and is also a wonderful opportunity for the people of Torbay to say a big thank you and well done to all past and present personnel of RAF Brize Norton. We are extremely grateful and very proud of the service that they have provided.” 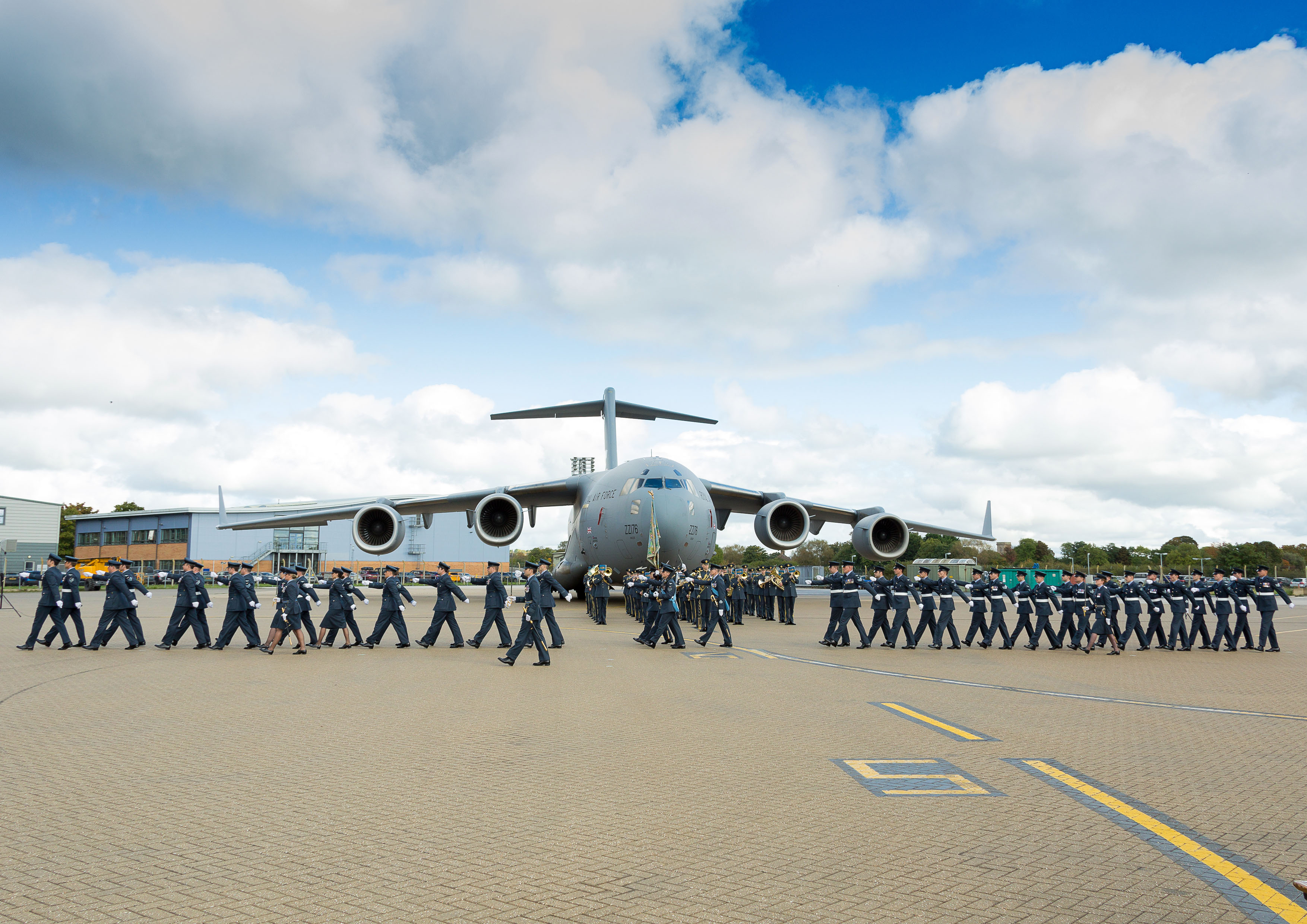