The 2018 Torbay Airshow has been hailed a huge success after record crowds turned out for an action packed weekend of world class air displays. The dates for 2019 have already been set, with the airshow returning on the 1-2 of June 2019.

The event, which took place on Saturday 2 and Sunday 3 June, attracted more than 165,000 visitors across the bay over the two days. Those crowds witness the RAF Red Arrows’ first display of the season, revealing to the world their all new routine for the first time.

Bringing a much-needed boost to Torbay’s economy and placing the area on the map as a perfect destination for families seeking an ideal summer weekend, Torbay Airshow, now in its third year, has fast become the most popular and well attended event in the area.

Gordon Oliver, Torbay’s Elected Mayor said: “We are absolutely delighted with the success of the 2018 Torbay Airshow. This family friendly event is now firmly established on the local, regional and national circuit and this year we saw even more residents and visitors to the Bay enjoying the wonderful range of military and civilian aircraft displays as well as the event village on Paignton Green.

Despite mechanical issues with the Vampire Pair and Battle of Britain’s Memorial Flight’s Hurricane and Spitfire; the Bristol Blenheim MKI was brought in at the 11th hour, wowing the crowds and the iconic duo of the Lancaster and Dakota gave all those in attendance a perfect display to mark the centenary of the RAF.

The day was brought to close by the awe-inspiring RAF Typhoon Display Team.

By Sunday lunchtime the crowds were bathing in warm blue sunshine under blue skies, providing the perfect backdrop for the thousands of snap-happy airshow fans.

Once again the show was opened by Team Raven and followed by The Bronco. As the sun made itself known so too did the beautiful Lancaster and Dakota. The Grob Tutor showed off its agility once more as did the Autogyro and Pitts Special S1-S.

The RAF Red Arrows arrived at exactly 3pm, soaring over Torbay and providing another picture perfect photo opportunity. The Bristol Blenheim MKI provided crowds with a second stellar showing as did the Strikemaster followed by the arrival of the immense Chinook, as the sounds of wokka wokka could be heard throughout the bay.

The Blades and City of Exeter Spitfire followed shortly after and once again the sights and sounds of the RAF Typhoon Display Team brought Torbay Airshow 2018 to a close. 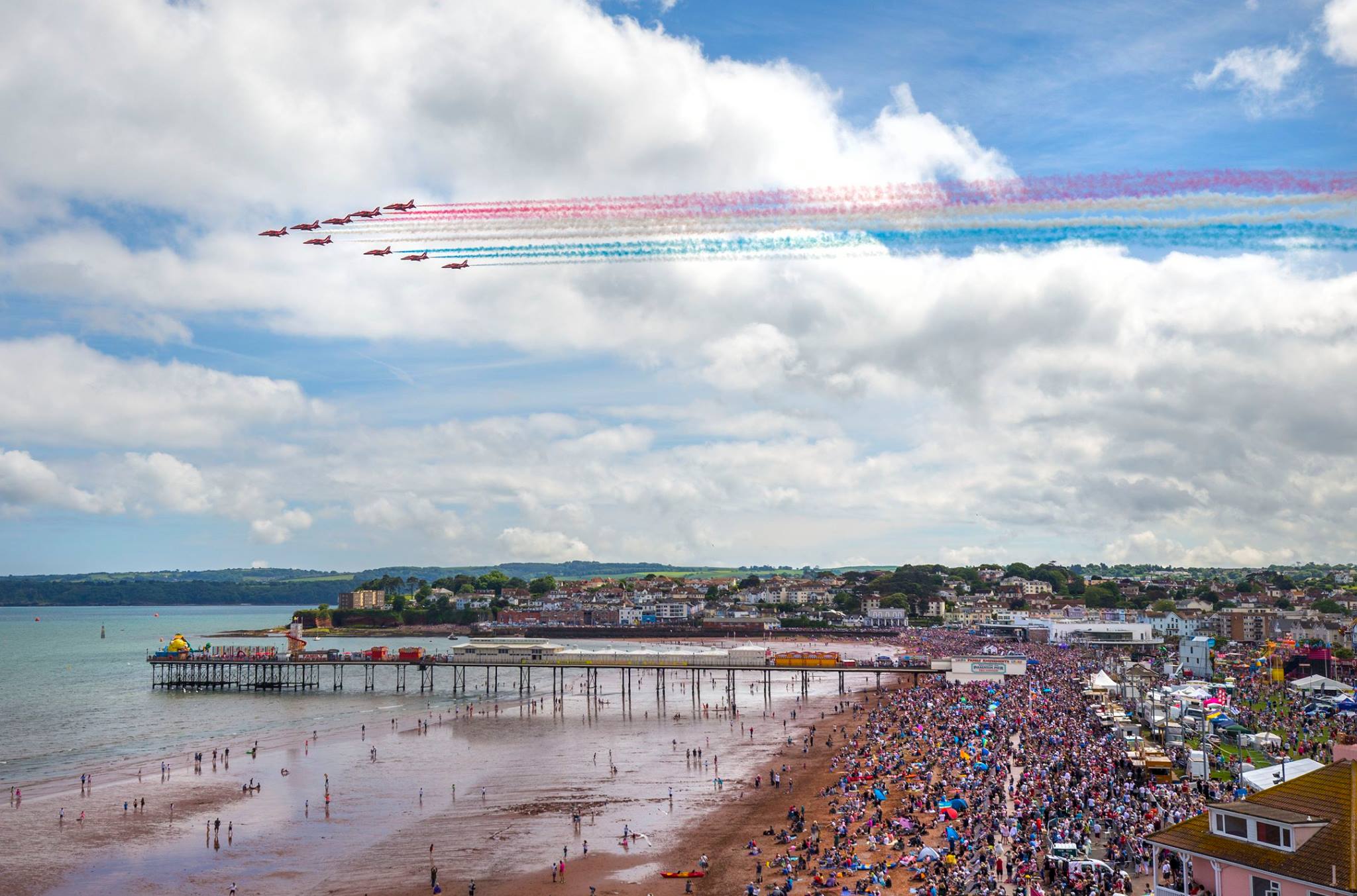