The recovery begins in Torbay

Torbay has now moved out of emergency mode and enters the recovery phase following significant damage caused by the ‘Beast from the East’.

The Environment Agency has stood down its Flood Alert and the risk of flooding from the sea has now reduced. Most of the flooding across Torbay has receded, but Young’s Park is still affected by high levels of water.

The severe weather has caused significant damage to Torbay’s sea walls and coastal defence infrastructure, as well as to pathways and street furniture. Areas that are in a dangerous state are being fenced off and major faults are being dealt with as quickly as possible. Our message to members of the pubic is to remain vigilant and to take extra care near coastal paths and promenades.

Paignton Eastern Esplanade and Preston are being cleared today, and this will enable beach huts in Preston to be moved back into place. TOR2 has also re-opened the Household Waste and Recycling Centre.

Torbay’s Elected Mayor, Gordon Oliver, said: “I’ve been out and seen first hand the damage caused by this storm. Repairing it can not happen overnight and it will take time and resources to complete, but we are doing everything we can, as quickly as we can. I’d would like to say a huge thank you to council staff who have been working relentlessly for the past few days. I also can’t express enough gratitude to people in Torbay who have selflessly helped those in need and others who have come out to support the clear-up operation. Local residents in areas such as Brixham, Broadsands and Corbyn Head have been picking up debris and litter and have even been taking it home with them to discard.

“This community spirit is to be applauded . If there is anything the Council can do to help you further please let your ward councillors know and we will endeavour to do all we can to help.  For example, would skips in particular locations be helpful to residents who want to help clear away coastal debris? Let us know.

“As we repair the damage caused the severe weather, we must not forget that a life was lost during this storm; a gentleman never returned home after a walk in Babbacombe on Friday. My thoughts are with his family and friends.”

Torbay Council will be fully operational tomorrow and council services will resume as normal.

Please be aware that the parking enforcement suspension, which was introduced to help motorists who had to abandoned their vehicles, will be lifted and parking services will operate as usual. TOR2 has also announced it will resume waste and recycling collections tomorrow after the service was disrupted last week by the adverse weather. Details can be found on Torbay Council’s website at www.torbay.gov.uk/PR7692. 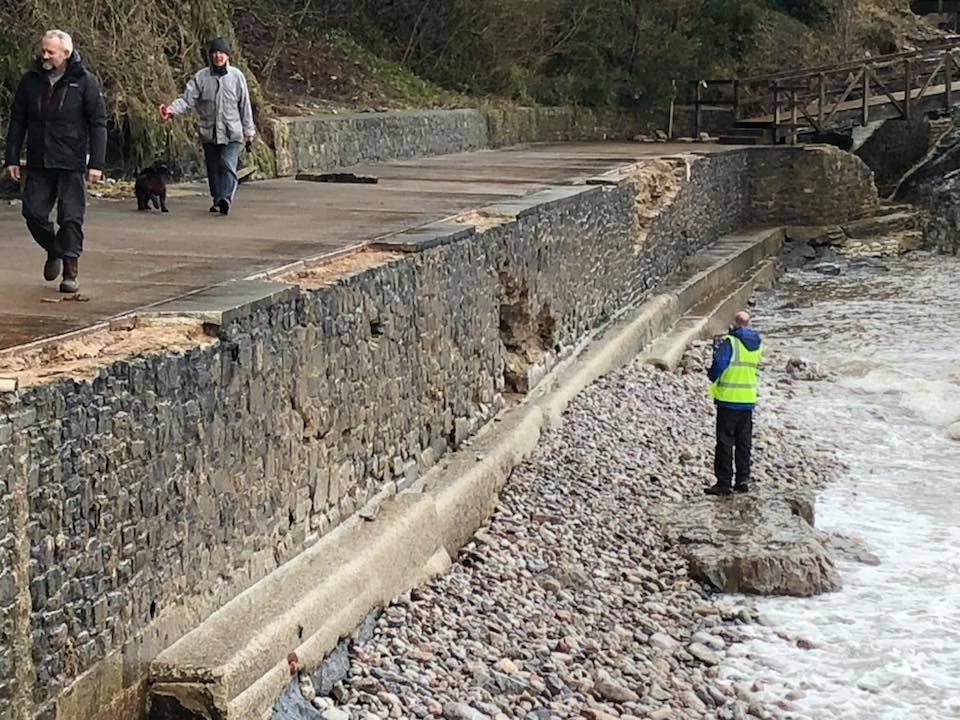