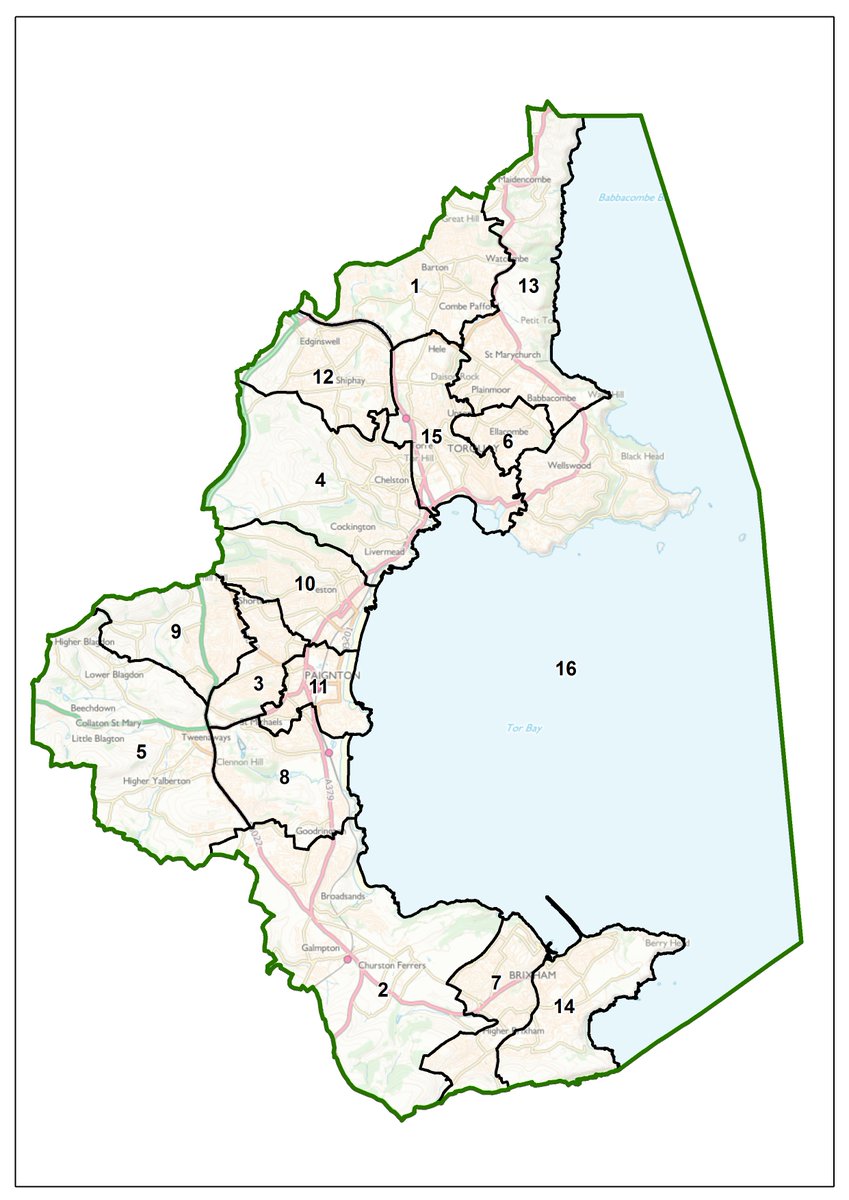 The independent Local Government Boundary Commission for England has published its final recommendations for new electoral arrangements for Torbay Council.

Professor Colin Mellors, Chair of the Commission, said, “We are extremely grateful to people across Torbay who took part in the review. The Commission has looked at all the evidence that was put forward during the consultation.

“We believe these recommendations deliver electoral fairness for voters as well as reflecting community ties throughout Torbay.”

In response to local feedback during consultation, the Commission has changed some of the recommendations it published in October 2017. For example, in the Barton with Watcombe and St Marychurch area, the whole of Lichfield Avenue will be included within Barton and Watcombe ward. The area had been divided between wards in the draft recommendations.

Additionally, in the Maidencombe area, local people and organisations argued that Maidencombe should be included in the same ward as St Marychurch. The Commission was persuaded to change its recommendations so that Maidencombe will be part of the St Marychurch ward as this arrangement better reflects local community ties in this part of Torbay.

Elsewhere in Torbay, the Commission has made minor changes to its recommendations to reflect local evidence. These modifications affect boundaries between all wards except Ellacombe and those in Brixham.

Full details of the final recommendations are available on the Commission’s website at www.lgbce.org.uk.

The proposed new arrangements must now be implemented by Parliament. A draft Order - the legal document which brings into force the recommendations - will be laid in Parliament in the coming months. The draft Order provides for the new electoral arrangements to come into force at the council elections in 2019.

Key of ward names for the above map