Celebrating and showcasing home grown talent on a local stage - this summer, the Palace Theatre in Paignton is the place to be for great music and entertainment.

Every superstar and superband started somewhere, Elvis, the Beatles, Little Mix, Olly Murs, Bob Dylan, The Kaiser Chiefs, Robbie Williams…each one of them had to have that big break, that sparkly night, which boosted their career and set them sky rocketing into the rock and roll hall of fame.

The Palace Theatre, Paignton, is opening its doors, polishing its stage and turning up its speakers ready for the SUMMER SESSIONS this August.  Every weekend home grown talent will perform for local people and holiday makers alike and really get the Riviera rocking and you are invited to be in the audience and watch as more and more stars are born.

The sessions start in full in AUGUST and kick off proper with CaveMouth on 4 August, continuing every weekend until the end of August with Jimmy Ireland, Shelter, the Sound of the Sirens, Chay Snowden, Georgia Omarah featuring the Bay Bop Quartet, an evening with Kiera Osment, Vivid Vague and Cailtlin Boulton, and Tom Baker with Rachel Jones and Holly Morwenna.

There will also be great theatre with Beowolf retold by Rattlebox Theatre, Twelfth Night from Sun and Moon Theatre and Malina’s Dream, as well as a variety night with Entertainingly Different.  And in the day time, there will be a mixture of great workshops and family fun, including drama and circus workshops, vocal harmony, samba drumming and accent workshops – as well as auditorium seat yoga before our theatre productions!

Executive lead for Tourism, Culture and Harbours, Cllr Nicole Amil, said: “It is great to think that we will have 4 weekends across August jam packed with fabulous home grown talent which will appeal to local people and visitors – it’s the icing on the cake of an already busy summer. The Palace Theatre is certainly the place to be, so get your tickets quickly.”

Maureen McAllister, Manager of the Palace Theatre, said: “We were delighted to be approached by Mama Pik Music, we have a great programme of summer entertainment in place, but had opportunities at weekends in August, so the planets aligned we were able to develop these summer sessions.”

Pik Rawlins, from Mama Pik Music, said: “Along with Montagfire & The Cult of Superted Presents, Mama Pik Music is thrilled to be joining Maureen McAllister and her team at The Palace Theatre, Paignton to present the innovative #SummerSessions venture to supporte original and alternative music and arts.

“We were delighted to be asked to share our passion for Devon’s eclectic music and performing arts scene and to extend this invitation to new Paignton and Torbay audiences. My particular passion is supporting emerging musicians, as we have done recently through the Macmillan Green Light Unplugged Project, whilst my husband’s passion is supporting alternative theatre and film and Ted’s passion for original music is already showcased through his Cult of Superted Presents on Riviera FM every Sunday afternoon. The South West has a huge amount to offer and we want to be a part of introducing you to these fresh and exciting talented artists with the backdrop of the historic beauty of the Palace Theatre, Paignton.”

Tickets can be purchased by calling the box office on 01803 665800 or online at www.palacetheatrepaignton.co.uk. 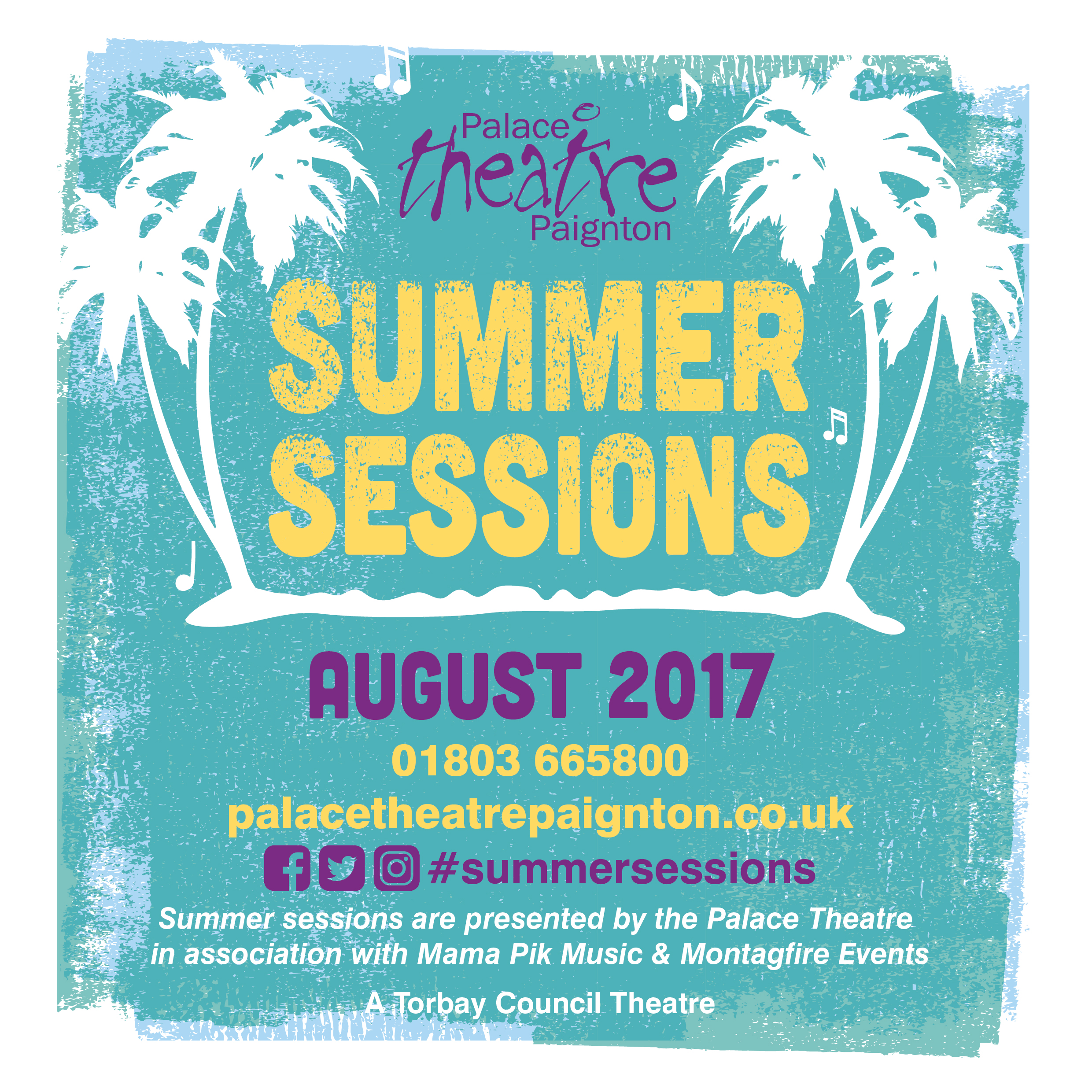