Torbay's Beaches amongst the best in the UK

Torbay’s beaches have once again been recognised as amongst the best in the UK and England, and have received the second highest number of Seaside and Blue Flag awards nationally.

Following todays announcement from Keep Britain Tidy, of the 117 beaches in England to have been awarded Seaside Awards, ten are in Torbay. Three of these beaches - Meadfoot, Oddicombe and Breakwater, have also been awarded the prestigious Blue Flag Awards.

In total 68 beaches across Britain have been awarded the Blue Flag, an impressive 26 of these are in the South West.

The 10 beaches which have won Seaside Awards are:

The Seaside Award is Keep Britain Tidy’s own award. It recognises and rewards beaches in England that achieve the highest standards of beach management and, in the case of bathing beaches, meet the required mandatory standards for water quality.

Beaches awarded with coveted Blue Flags have water quality which exceeds these standards. To be awarded a Blue Flag - an internationally recognised award - beaches must comply with a number of criteria covering environmental education and information, water quality, environmental management, safety and services.

This year, the international Blue Flag Award Scheme marks its 30th anniversary. In 1987 12 English beaches achieved their Blue Flag, in the 30 years since, this has soared to 68 beaches.

Simon Wallace, Operations Manager from for Beaches and Coastline, said: “Winning as many as ten Seaside Awards and three Blue Flag Awards is fantastic news for the Bay. It really highlights the great work of our Resort Services team, who are dedicated to enabling visitors and residents alike to enjoy our fantastic beaches with the confidence that they are clean, well-managed and safe places to spend time and have fun.

“I would also like to thank Paignton Zoo and Living Coasts for their support, which has meant we have been able to continue entering these awards. This enables us to continue to show that in Torbay we are at the forefront of beach management in the UK.”

Pippa Craddock, Director of Marketing & Development for Living Coasts and Paignton Zoo, said: “As key players in the tourism community, Living Coasts and Paignton Zoo are delighted to support the Beach Awards & Blue Flag scheme. These awards are important to the whole resort - they show visitors that our beaches are clean and safe. Torbay’s beautiful beaches are great assets and tremendous attractions.

“Having clean beaches links to the vital marine conservation work carried out by Living Coasts. Living Coasts is holding a series of beach cleans this summer, including Goodrington, Paignton on 17 June, Torre Abbey Sands on 16 August and Beacon Cove, Torquay on 16 September.”

Keep Britain Tidy’s Chief Executive Allison Ogden-Newton said: “It is great news for holiday-makers, overseas visitors and businesses that rely on coastal tourism that we have been able to award so many flags this year.

“The success of our beaches in reaching the very high standards demanded by both awards are a real testament to all those who have worked so hard to protect and improve our beaches - from beach managers to local people and businesses.

“When you enjoy a day on the beach flying a Blue Flag or Seaside Award, you know you are on one of the safest, cleanest and very best in the country.” 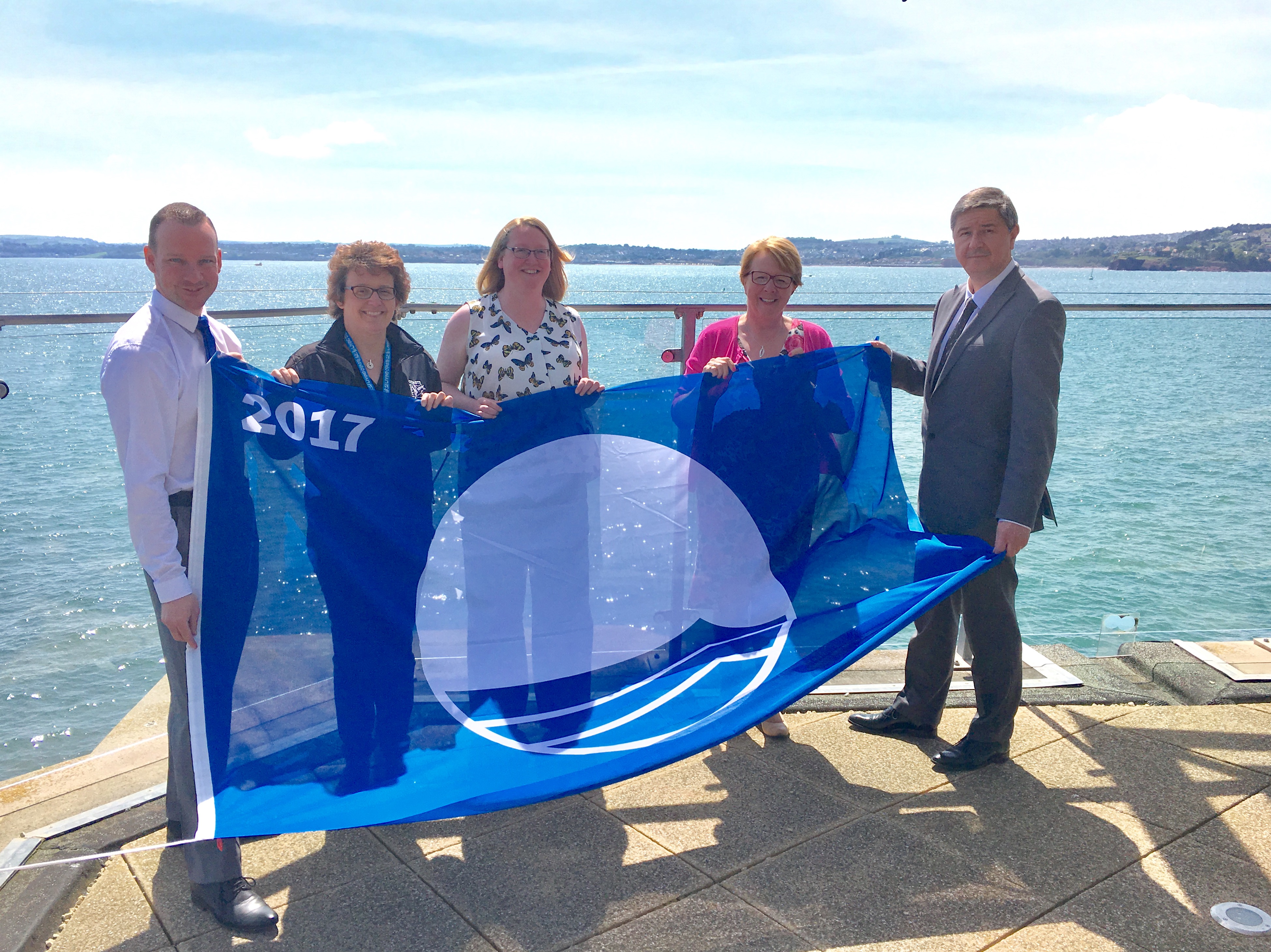