Torbay Council’s Public Health Team is supporting a nationwide campaign which is helping parents spot the symptoms of sepsis, in order to protect young children and save lives.

Launched today by Health Secretary Jeremy Hunt, the campaign is principally aimed at parents and carers of young children aged 0-4 and will include a new film featuring mother and campaigner Melissa Mead, who lost her baby son William to sepsis in December 2014.

The UK Sepsis Trust estimates that there are more than 120,000 cases of sepsis in adults and children, and around 37,000 deaths, each year in England.

Executive Lead for Health and Wellbeing, Deputy Mayor and Councillor Derek Mills, said: “This campaign is especially important in raising awareness to all parents and carers of young children. If you notice any symptoms of sepsis in your child, please take them to the hospital or call an ambulance. Sepsis can kill and so we urge you to read up on the disease and develop an understanding about it.”

Health Secretary Jeremy Hunt said: “Sepsis is a devastating condition that we need to far get better at spotting across the NHS. By raising awareness and improving clinical practice we will save lives in the fight against this horrible illness. I’d like to thank those who have worked with us to campaign for better awareness of sepsis, including Melissa Mead and other families who have tragically lost children to sepsis.”

Campaign supporter and UK Sepsis trust ambassador Melissa Mead said: “Sepsis is a cruel, ruthless condition which doesn’t discriminate and can affect anyone. I hope this campaign reaches as many people as possible, so all parents out there know about sepsis and how serious it can be. The more parents know, the quicker they can act if they suspect their child may be suffering from sepsis – it could be life-saving.”

“I will never hear my sweet child say ‘mummy I love you’. I will never know the man that William would have grown to be. So please, it is too late for me to ‘think sepsis’, but it’s not too late for you.”

Millions of leaflets and posters are being sent to GP surgeries and hospitals across the country from tomorrow. These materials, developed with the Royal Colleges, will urge parents to call 999 or take their child to A&E if they display any of the following signs:

Caroline Gamlin, NHS England South West Medical Director, said: “Sepsis is a major killer, claiming over 37,000 lives each year, which is why it is so important for parents to know what action to take when their child is unwell. This campaign will help parents identify when their children are seriously unwell and to encourage them to seek urgent medical attention. We know that acting quickly can save a child’s life.

“Right across NHS England we have started a new movement to tackle this condition head on, from nurses and doctors on the wards, to paramedics seeing patients in their homes, staff across the NHS are being made more aware of how to spot and deal with sepsis.”

Dr Ron Daniels BEM, Chief Executive of the UK Sepsis Trust which will help deliver the campaign, added: “With sepsis claiming over 37,000 lives annually in England, this awareness campaign is a crucial step forward. Clinicians and members of the public can save thousands of lives every year if they just ask: could it be sepsis?”

“The UK Sepsis Trust welcomes this initiative, but system-wide improvements to sepsis care must follow. We’re delighted to have developed campaign materials that 3 will empower parents to identify sepsis symptoms in their children and seek medical attention immediately.”

Sir Bruce Keogh, National Medical Director for NHS England said: “This time last year NHS England published a blueprint for action to tackle this dangerous condition, and since then a huge amount has been done. NHS England has made available funding worth up to £2m for big hospitals to implement systems that speed up the recognition and treatment of sepsis. Pop-up reminders for sepsis also now appear on GP systems, and information on sepsis is included in the ‘Red Book’ for new parents. For healthcare professionals, NICE has published guidance and Health Education England has produced educational materials.

“This work has been driven by the desire of doctors, nurses and other health professionals to unite and take action. This campaign is an important addition to our ongoing work – we will never treat sepsis in time unless everyone ‘thinks sepsis’.”

The campaign, delivered by Public Health England and the UK Sepsis Trust, comes on top of a number of measures already taken by the NHS to improve early recognition and timely treatment of sepsis. We have introduced a national scheme to make sure at-risk patients are screened for sepsis as quickly as possible and receive timely treatment on admission to hospital. We are also working with Health Education England to make sure all health professionals have the knowledge and skills to identify and treat sepsis.

The campaign will involve a range of activities including the release of a series of new symptom awareness films led by Melissa Mead and supported by other families who have been affected by the condition, including Hayley Astley whose daughter Layla contracted sepsis aged 13 weeks and Patrick Kane, now 19, who developed the condition aged nine months. The campaign is also being supported by a partnership with Netmums, the UK’s biggest, most trusted and influential parenting site. 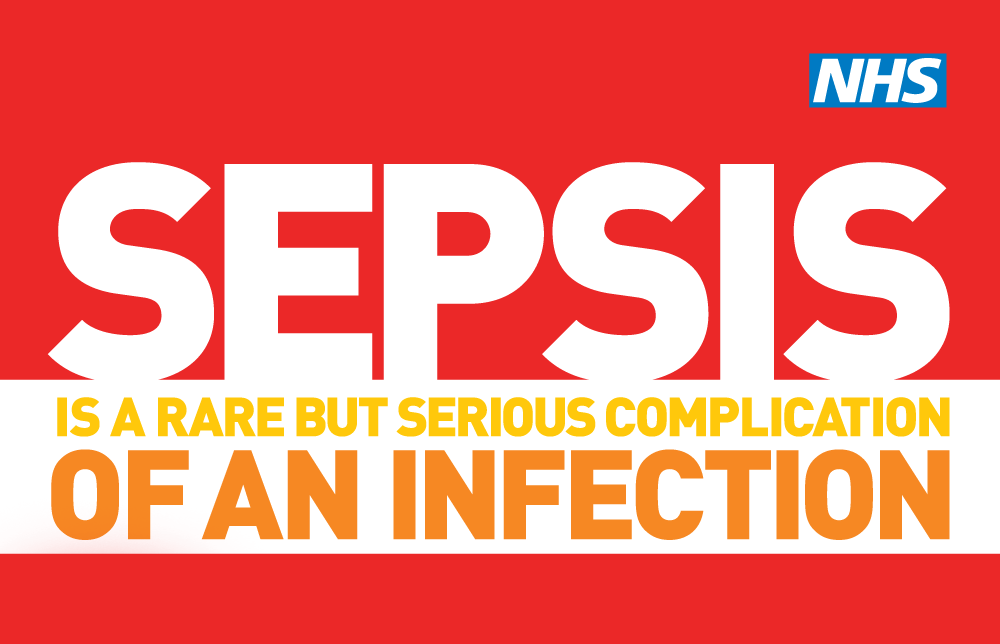