Torbay Council is supporting the Devon Rotary Youth Games 2016. The Games will take place at Okehampton’s picturesque Simmons Park on Sunday 3 July with around 2,000 young Devonians from across the county expected to compete in 15 sports.

As the countdown to Rio 2016 gathers momentum, Devon’s own answer to the Olympic and Paralympic Games is settling into its starting blocks. In a stronger position than ever before, The Games have a sponsorship extension, new venue and a new board of trustees.

It will be the 17th Year of the Devon Youth Games which offers a unique and inspirational multi-sport opportunity for able bodied and disabled 8-18 year olds to represent their district.

It was confirmed at the inaugural gathering of the newly-formed Devon Youth Games Trust that, for the second successive year, the South West network of Rotary clubs (Rotary in the South West Peninsula) are backing the event as headline sponsors.

To cement the future of the Games, the Devon Youth Games Trust has formed a crack team of local business and sporting expertise to lead strategic development.

Rotary in the South West Peninsula represents more than 90 clubs across the region and 2,500 members work to achieve the core aims of the fellowship which is to change and improve lives, support communities nationally and internationally, and work for peace.

District Governor, Brian Stoyel, of Rotary in the South West said: “We are thrilled to be supporting the Devon Rotary Youth Games for the second successive year. Sport is such as powerful catalyst for good in the community and in the lives of young people. We are proud to be associated with an event that touches the lives of thousands of young competitors and volunteers, and provides a life-changing experience for many.”

Torbay’s Executive Lead for Community Services, Councillor Robert Excell, said: “The Devon Rotary Youth Games are a fantastic opportunity for our young people to play the sports they love for their local area.”

“I urge Torbay and Devon’s young people to get involved and gain recognition for their sporting ability.”

The teams compete for the overall Devon Rotary Youth Games title – won last year by Teignbridge - and a fair play trophy. Those taking part will get free transport, a free t-shirt, the chance to win medals as the best in Devon and most importantly, an incredible, inspirational sporting experience.

To encourage children and young people of all different abilities ‘to try out’, local schools, clubs and coaches are giving out ‘you’ve been spotted’ cards to potential participants. For further information about Torbay Trials please contact Kirsty Parker-Calland on 01803 207673 or sports@torbay.gov.uk.

The opportunity exists for more local businesses to be part of the 2016 Devon Rotary Youth Games. For as little as £750, businesses can be part of the county’s biggest youth sports event and play their part in grassroots development in Olympic year.

Gold, silver and bronze packages are available for corporate partners for this year’s Games. To find out more visit www.devonyouthgames.co.uk or call 01626 215611 email: devonyouthgames@gmail.com 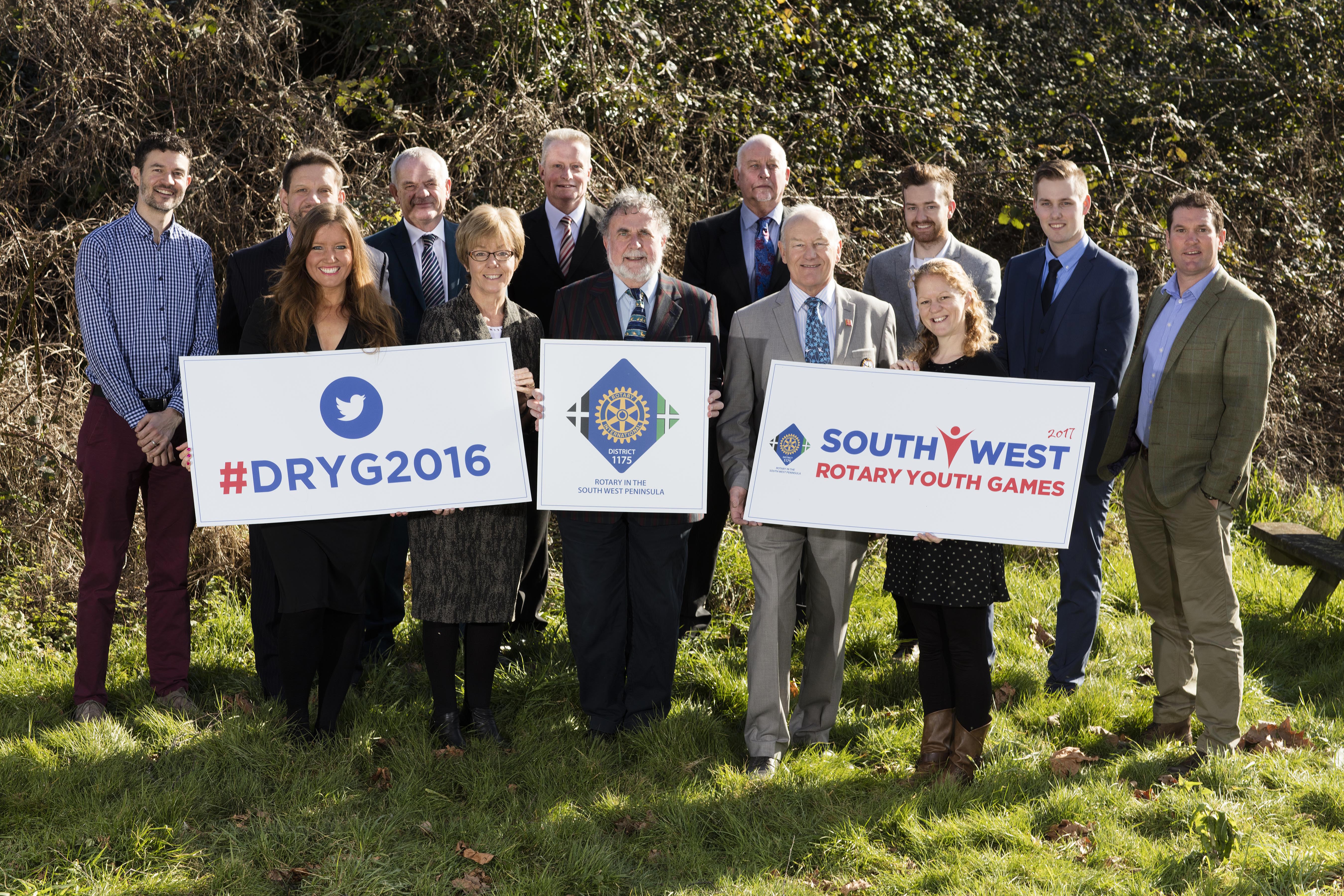