Torbay Council have now received a revised and a new planning application for Torquay Pavilion.

The plans, submitted by Nicolas James Group and Marina Developments Limited (MDL), are in relation to the regeneration of the Torquay Harbourside and the restoration of the Pavilion.

Over 1,000 consultation letters to local residents will be issued by Torbay Council later this week. The results of this consultation will then be considered by the Development Management Committee alongside the applications.

Executive Lead for Planning, Housing, Transport and Waste, Cllr Mark King, said: “We are delighted that Nicolas James Group and MDL continue to promote this development and have amended the proposals to reflect the range of opinions expressed about the previous schemes.

“We will now be consulting on both new proposals and working closely with statutory partners, such as Historic England. We hope to be able to take both schemes to a special Development Management Committee meeting before the end of the year. The planning merits of each of the scheme will be considered carefully while assessing each of the proposals in its own right.”

David Jobbins, Planning Director at Nicolas James Group said on behalf of the group that: “We remain very keen to bring about the regeneration of the waterfront and also introduce a realistic and viable future for the Pavilion which will require £2 million worth of repairs to make it structurally sound and useable.

“The new application involves a reduced height of tower but will still make a welcome contribution to the architecture of the Bay and create around 200 jobs and bring substantial investment to the local area.

“New public areas and restaurants will enliven this area and make it a more attractive and enjoyable place to visit. This is an exciting opportunity which I hope Torbay will help bring to fruition.”

Both applications include a 60 bed hotel; conversion of the Pavilion into a hotel foyer including function rooms, bars restaurant and spa; new retail units; and use of Cary Green for parking 65 cars.

The new application proposes two lower level blocks of 10 and six storeys, reduces the number of flats from 45-43 and replaces a double height restaurant unit with a single storey one but includes a roof level bar.

The existing application, which was submitted in June last year, has been revised to include a taller tower element than the new application.

The proposals and their details are available online:

Both schemes have been considered by Torbay’s independent Design Review Panel and the Panel’s reports on each proposal will also be available under each of the planning application references given above. 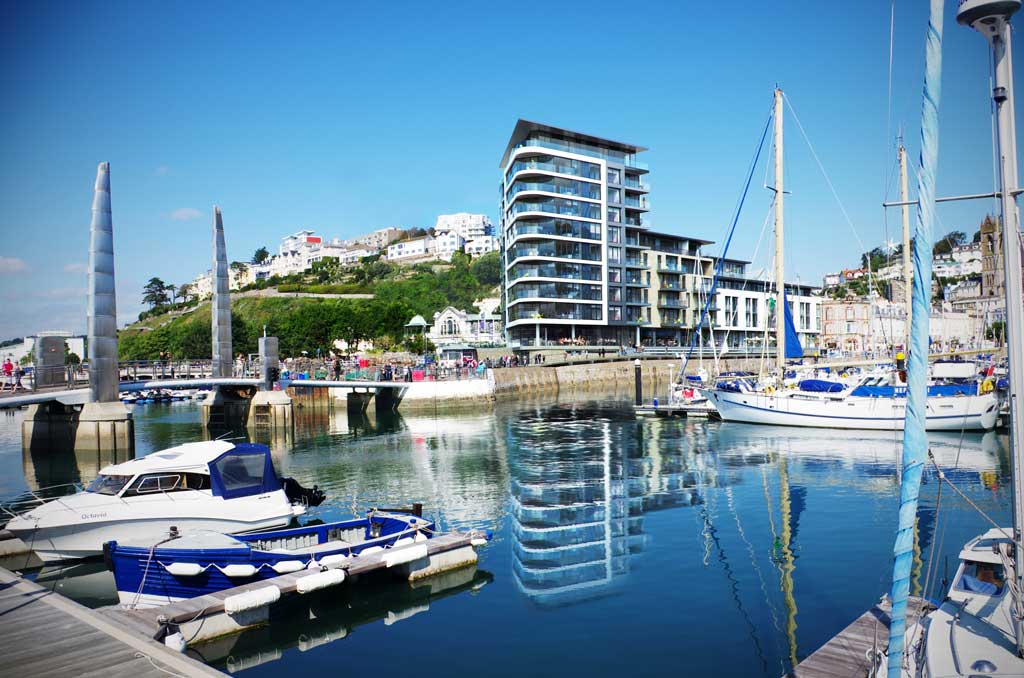 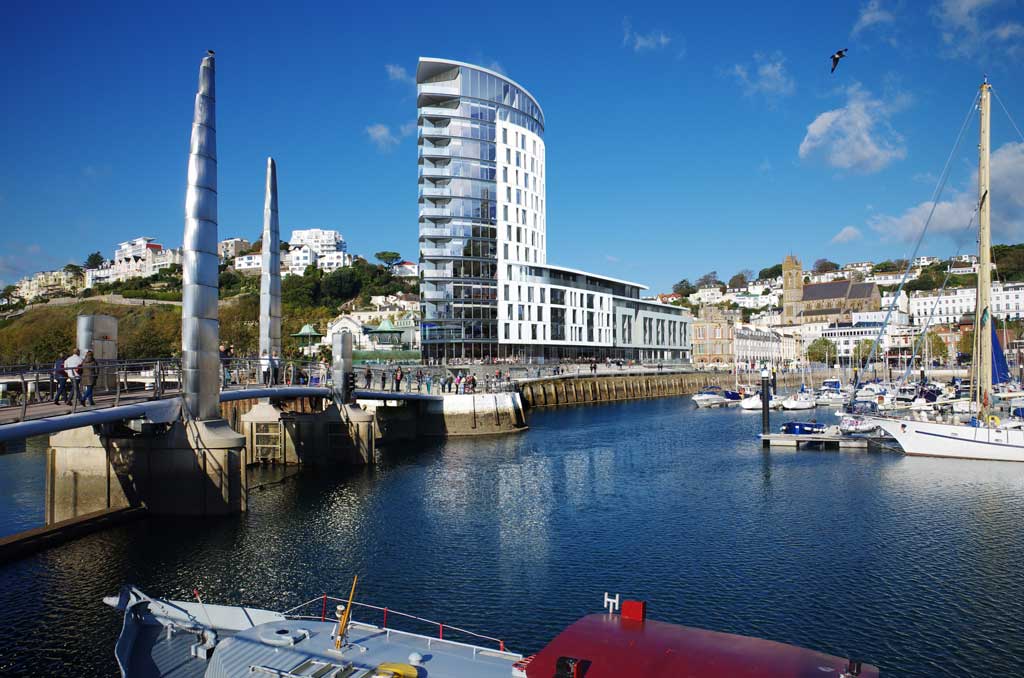