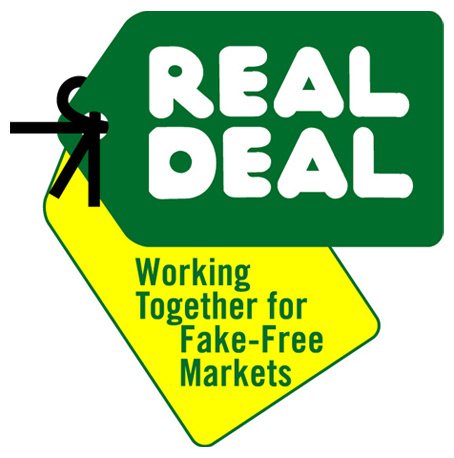 Devon, Somerset and Torbay Trading Standards Service is keeping a close eye on social media buying-and-selling groups in the lead up to Christmas in a bid to stem the sale of fake goods online.

Local law-abiding buying-and-selling groups are encouraged to work with Trading Standards and sign up to a five point ‘fake-free’ pledge.

They will then be entitled to display a Real Deal logo, a visual assurance to shoppers and traders that their group is a ‘fake-free’ shopping zone.

It’s part of the Real Deal Online programme, a nationwide initiative aimed at protecting local consumers and small businesses from the harm caused by the pernicious trade in fake goods.

From now until Christmas, trading standards officers will be identifying buying-and-selling groups in communities across Devon, Somerset and Torbay.

They will contact the administrators of each group to make them aware of their legal responsibilities in not promoting the sale of counterfeit goods and other illicit products and they will invite them to follow the Real Deal Online Code of Practice.

Those who sign up will be invited to work closely with trading standards to help identify and stamp out any illicit or illegal trade they encounter.

To date they have contacted 56 administrators who cover 25 of the largest buying-and-selling Facebook Groups. Collectively these groups have over 460,000 members.

The Code of Practice asks group administrators to welcome trading standards officers as
members of the group and to agree to the five simple steps.

To ban the sale of counterfeit and other illicit goods within their group and act on information they receive that goods on their site are illegal.

To notify trading standards if they suspect that illegal goods are being sold within the group and to exclude the sellers from trading.

Each group is also asked to highlight warnings and advice notices from trading standards and to ensure that all members of the group are aware of its ‘fake-free’ policy.

The initiative is an extension of the Real Deal campaign which has been in place at ‘physical’ markets and car boot sales for nearly ten years. Almost 500 markets across the UK have signed up to the voluntary Real Deal Charter.

Sharon Anderson, Group Manager, Devon, Somerset and Torbay Trading Standards Service said: “Online and social media marketplaces are not uniformly regulated, and they can offer easy opportunities for those who wish to stay below the radar and trade illegally.

“The Real Deal Code of Practice and the logo will not only reassure consumers that a group is a safe place to buy and sell it also sends a strong message to counterfeit con men who sell unsafe or illegal products that they are not welcome and they will be reported.”

The National Markets Group for IP Protection (NMG) is a cross-sector, multi-agency partnership
group working together to reduce the availability of counterfeit and pirated goods from markets, car boot sales and social media.

The Real Deal campaign is an initiative of the NMG and sees local authority trading standards
services, market operators, traders, administrators of social media buy-sell groups, copyright and
trademark owners and their representatives united with a common commitment to reducing the sale of IP infringing products.

Since its launch in 2009, operators of around 500 markets across the UK have made a commitment to fake-free trading by signing the voluntary Real Deal Charter with their local trading standards service.

The same model of partnership working is now being introduced to administrators of local buy-sell groups operating on social media platforms. The Real Deal initiative is supported by a wide range of UK public and private sector organisations and is funded by industry sponsors comprising IP rights owners and their representatives. More information on the Real Deal campaign can be found at www.realdealmarkets.co.uk.